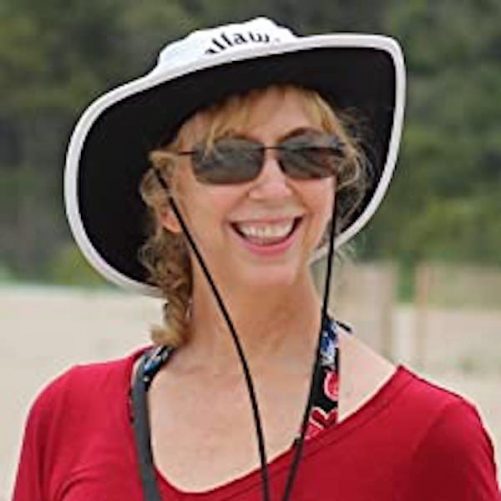 Andrea Clark was born in a small town in rural Virginia. Her father was an itinerate protestant minister, and her mother was a women’s rights advocate within their local and then global church community. Since they moved every 3-6 years, Andrea considers numerous small towns throughout the Shenandoah Valley her home.

In addition to being a new author, she’s a registered architect, having started her career designing small, 1-unit churches throughout the United States before progressing to construction management. Some noteworthy renovations include the 2006 restoration of the Lincoln and Jefferson Memorials in Washington DC, and the old Hotel Washington, which overlooks the White House. Influenced by religion, DC politics, and J. Seward Johnson, Jr.’s “the Awakening” statue, Andrea’s debut novel, The Waves of Dissonance took form. Meet author Andrea Clark and be inspired by all she’s doing in her life, her career and in her craft of writing.

You are an author, but is it your day job? I’m a registered architect currently working as a project manager for a major historic renovation project in downtown Savannah, GA, so I split my time between my day job (reviewing drawings and doing site walk-throughs), and my after-hours fun, which includes writing early mornings, late night, and/or weekends, and enjoying life with my best friend, aka husband.

Did you always want to be an author? Yes! I always wanted to write. In high school I used to write short stories and poems. I loved the big red “A+” at the top of all my papers. I also liked to draw, though, so when it came time to picking a career, I chose the Architecture route. Only after I built my career did I get the chance to start writing again.

What is your most recent book and what inspired you to write it? The Waves of Dissonance is my debut novel. I started writing it in 1997 after an adult Sunday school experience. The way I remember it, that morning we were discussing a novel we had all 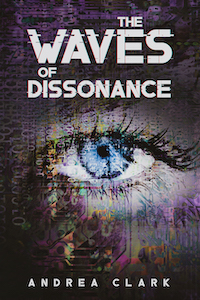 read and had agreed to discuss a book by M. Scott Peck. I’d never heard of cognitive dissonance before. It was a new phenomenon for me—to say what you wanted someone to believe, even though they knew better or of the other psychological and marketing terms for this technique, so I wanted to explore it more. That night, I dreamed about Adrays, mind-altering wavelengths implanted into people’s subconscious. And the rest just followed.

How do you hope your book changes those who read it? My ultimate goal has always been to change the way people think. We’re all guilty of being persuaded by advertising, politicians, and public opinion, but I wanted a catalyst for people to check themselves… to see if what they are believing makes sense, or if they were simply believing it because someone planted a thought. I want people to question what they believe and to not be so manipulated.

How do you hope your book uplifts those who read it? In my novel, there is a group of people who go out of their way to do what’s right, even though there is nothing in it for them. They risk their lives for strangers, and I love them for it. To me, they are the real heroes (and heroines) in the novel. I think people will be uplifted by their humanity and goodness. Even though they are “second” characters, each has a rich backstory. One is actually my favorite character and I expect her to play heavily in the sequel.

What are you most excited about with this book? I think I’m most excited that so many things in the novel seem to have come true! I wrote this over 20 years ago and it was supposed to be a far-in-the-future dystopian. When the 2016 presidential election in the United States was going on, I got excited because it had many elements from my novel’s election—between the stoic leader of an all-female society and the flamboyant leader of the opposing patriarchy. Then, when the #metoo movement began in 2017, it seemed exactly like my MA’AM Revolution (the Movement Against Aggressive Men). It wasn’t until the “plague of 2020” in my novel started playing out in real-life last March, however, that I knew I needed to polish it up and get it out the door. Then, after I published, even more real-life similarities occurred, such as an angry mob storming the Capitol, and now Amazon just announced they are building a new HQ in Crystal City, VA, that looks EXACTLY like my Info-Swirl in the novel! Now THAT’s exciting! I can’t wait to have a book-signing event there one day and to point out in the building where so many scenes take place!

What advice would you give to someone wanting to succeed in your professional industry? Write for the love of writing and because you have a story to tell, not because you want to get rich. It’s hard work, and I can’t imagine having done it if I didn’t love the story. I’ve heard others say to ‘write for your audience’ but I wrote for myself, and I never regretted it.

How do you handle setbacks? As an architect and construction manager, I’ve always had to work long hours, so I didn’t have much time to write. I should have published years earlier, but I chose to stop writing for a spell so that I could devote my very limited free time to attending my step-daughter’s softball games, band concerts, tea parties and football game halftime shows, instead. I never regretted it. It simply took longer. So, I guess I handle setbacks in stride. My husband likes to say that every decision you make is the right one, because you made it. I like that, because every decision brought me to where I am now, and I couldn’t be happier.

How do you handle criticism? I’ve been ready for criticism from the very beginning. Heck, it’s a story about an all-female society, religion, and politics—the three things you never discuss at a dinner party—and it’s pretty deep, so I knew a lot of people would take offense at the premise and possibly lash out in strong criticism. Luckily, that hasn’t happened yet, since not that many people have found it, but I’d welcome an honest discussion to hear someone’s opposing viewpoints.

I think what I don’t handle well is when someone judges me as though I am one of my characters and/or when someone criticizes the novel without even reading it. Unfortunately, that robs us of the opportunity to have a grown-up conversation about it, and to both learn from the experience.

What books inspire you? In high school, I was inspired by 1984, Brave New World, and anything by Ursula Le Guin. As an adult, it was the strong women in the Mists of Avalon and the Handmaid’s Tale who inspired me. I was also fascinated by A Clockwork Orange and how the author had a whole made-up language. I tried to do that in my debut novel, and at one point I had an entire glossary prepared but decided against it.

Anything else you’d like to share with your readers? I have been blessed with the husband of my dreams. The two of us were probably the happiest people you could ever meet even before we found each other, and since we met, we’ve only grown happier. It proved to me that being a good person and putting out happy vibes truly attracts like-kind. In a world that sometimes seems full of negativity, we flourish in positivity. My MO is to be kind. Be smart. Be loving. It’s really that simple, and it works for us.