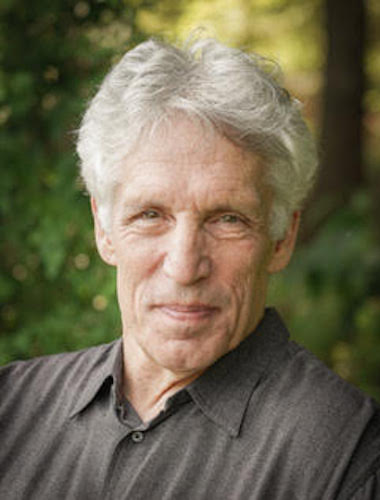 After serving in the Army as a Drill Sergeant, Larry Atlas attended Bennington College, earning both bachelor’s and master’s degrees before declining admission to medical school—and moving to New York to begin a successful career as an actor, playwright, and screenwriter.

Among his produced plays are Total Abandon and the award-winning Yield of the Long Bond, which premiered at the Matrix Theatre in Los Angeles. He worked on twenty-two studio film projects including Sleepless in Seattle. He conceived and implemented the first nationwide online actors’ casting service, and then later co-invented and patented the first navigable nonlinear video architecture. In midlife, on impulse, he went to nursing school, then worked for four years as an acute care nurse while earning a master’s degree as a nurse practitioner at SUNY Stony Brook.

He worked for a decade as a hospitalist NP and now practices at a subacute rehab. He has taught at Hunter, Bennington, and Vassar colleges, and is a former captain of the skydiving team Spaced Rangers. Larry lives in upstate New York with actor-turned-therapist Ann Matthews and their dog Ruby.

You’re an author, but is it your day job? If not, what does fill your days? I’m a nurse practitioner and continue to work in healthcare (my novel is set in that world). I worked in hospitals for 14 years, and now work in a subacute rehab setting.

Did you always want to be an author? I think, yes. But I never wrote prose of any kind after high school, that I can recall. I began writing poetry at 19 while in the Army. Later, in college I wrote plays and eventually screenplays. I then continued with both of those professionally for many years. So basically, decades went by before I thought about writing long form fiction.

What is your most recent book and what inspired you to write it? South Eight is my first — and so most recent! — book. In general terms, the experience of working in a hospital, of being around patients at such crucial moments in their lives, around their families, and around those caring for them, was astonishing, life changing. And this was so in ways that I couldn’t make sense of on many, many levels. All of us experience and 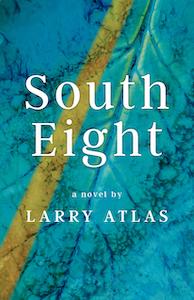 organize the world around us in our own way; for me that way is writing, and so I began. Even as my time in healthcare extended, and my experience and role changed, writing about that world, I think, continued to help me make sense of it.

What are you most excited about with this book? I don’t know if other writers feel this way, but there’s something exhilarating about accomplishing the writing goals one had in mind at the start of the project. That’s a bit amorphous, but the feeling of being able to do, to write, what you intended, is exciting. And that was magnified in this case because, although I’d been writing for decades, I’d never written prose. Beyond that, I do think this book may give readers a much deeper sense of its milieu, a rare look, and that’s fun for me.

What advice would you give to someone wanting to succeed in your professional industry? Well, I work in two industries, really, healthcare and writing. I suppose my advice, which I haven’t always followed, is to remember, to keep in mind, what it is about what you’re doing that really moves you, that has meaning. If you’re focused on the externalities of success, fame, money, ego gratification, you will likely have trouble, sidetrack yourself. That is as true in healthcare as in the arts.

How do you handle setbacks and criticism? Not well! But in the theatre, we have a saying that if you believe the good reviews, you also must have to believe the bad ones. I don’t know if that’s completely true, but it’s a nice cautionary note. I mostly try to avoid reading criticism beyond a select circle that I trust. As to setbacks, like most people I’ve had enough that I mostly keep wading on without too much thought. That’s harder earlier in one’s work life before the inevitable toughening has taken place.

Being an author today is like running a business. How do you manage all your publicity, social media, and keep your engagement up with readers? With help. I work with a great team and let them guide me in all things. I do everything they tell me to do.

How do you hold yourself accountable and achieve the goals that you set forth? There’s a cruel saying about writing attributed to Faulkner, that “in writing you must kill your darlings,” meaning, for me, that however much I may love a sentence or passage, if it doesn’t move the piece forward, then it must go. More broadly, when making the larger decisions in life and work, I try to avoid what may seem like the smart choice, in favor of what feels like the rightchoice. That’s vague, but in practice it works for me.

How do you structure your day and make time for writing? I usually write in the morning, after coffee and catching up on the news. Sometimes I’ll work out beforehand as well, to wake up. Usually, I’ll write for about three hours though I don’t set limits. As long as it’s productive I’ll continue. Now, with time obligations to patients, my writing schedule is sometimes more flexible.

What do you find most fulfilling in the career that you’ve chosen? Well, as above, I have, have had, two careers, in healthcare and in writing. And in terms of fulfillment, they are diametrically opposed. I write for myself, for the joy of doing it, or at least for the pleasure one experiences in the moments it’s going well. In healthcare, both in nursing and the practice of medicine, fulfillment is entirely centered on the other person’s satisfaction, needs, happiness. That’s what drew me to it as a second career.

What book uplifts you? For sheer uplift, Rilke’s Letters to a Young Poet.

Anything else you’d like to share with your readers? I imagine that, at first glance, some readers may see in South Eight a criticism of healthcare, its physicians, and other professionals. They should know that as the book unfolded my admiration for my colleagues — doctors, nurses, techs, everyone — only increased. They are laboring under extraordinary burdens, and in the face of some extraordinary unintended consequences of the advances in medical science and technology. That they nevertheless do in fact labor on is a tribute to their skill and training and compassion and dedication to their patients. I’m proud to have been able to write about them.

You can connect with Larry on his website, https://larryatlas.com/, Books 4 Thrills, Medical Drama