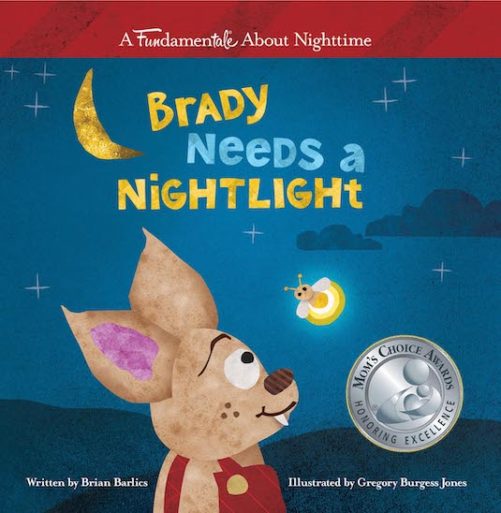 An adorable little bat named Brady is quite unique. Hanging in caves at night where it’s cold and dark frightened him so much so that he finds it difficult to sleep. Unlike his brethren he prefers to play during the say out in the bright sunshine. When inside his home cave, he was scared of the dark. So, he settled for watching his family and friends sleep. But at night when they flew outside, he felt like he could cry.

There was only one thing that helped. The little fireflies that sparkled and shone gave him hope. It was less dark with them around and they made him happy. So with a little help from his new found friends, Brady finds a way to make nighttime a little less scary and much more bright.

This picture book written by Brian Barlics and beautifully illustrated by Gregory Burgess Jones is the first one in Barlics’ “Fundamentals” series—stories that give life to the exciting new discoveries and interpersonal challenges that children face.

Word Jumbles
Self-Compassion for The Reader and The Writer