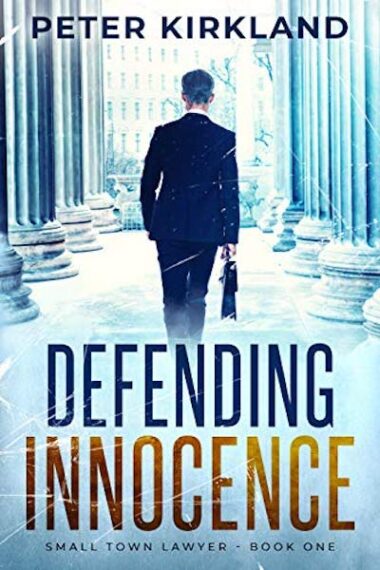 New author Peter Kirkland presents a legal thriller set in a sleepy bay town outside of Charleston, South Carolina. Defense attorney Leland Monroe is desperately trying to build a new life for himself and his troubled, teenage son Noah, after losing his wife to addiction and an accident from which Noah struggles to recover.

Returning to his hometown, Leland reconnects with his high school sweetheart, Mazie who’s also down on her luck. She’s a single mother with a good-for-nothing, abusive ex-husband and a son, Jackson, who dabbles in drugs and negatively influences his own.

When her ex’s body washes ashore, Jackson is accused of murder and Mazie begs Leland to take the case.

Against his better judgment, he agrees. This lands him in the sights of a powerful conglomerate running drugs and eliminating whoever gets in their way.

This book, like the setting, takes its sweet southern time building up to the pinnacle of the book, but that’s part of its appeal. You get time to know the characters and understand their motivations, backstories and watch the character arcs evolve. But when Leland puts the last piece of the puzzle together, things really heat up. It was an interesting conclusion, with a well-hidden reveal, a key ingredient in a great legal thriller.

Yoga For Writers
Author Q&A with Alexis A. Goring