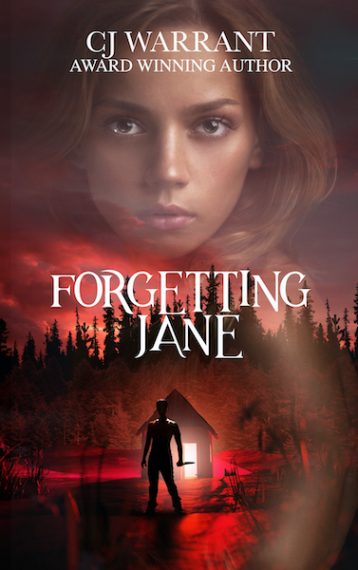 Acting Sherriff Elias McAvoy is called out to a remote lake at the crack of dawn where his friend has stumbled upon a naked woman, crawling out of a grave, barely breathing. The horror in finding this badly beaten victim is all too familiar, as images of his mother and deceased sister flash in his mind. The father, who had torn their family apart was still haunting him and terrorizing the town, but this case was different. This woman had survived despite the predator’s intent to kill.

When “Jane Doe” regains consciousness, she is plagued by fear and tormented by spirits of past victims using her to communicate to McAvoy the identity of their killer.

Jane’s struggle to heal and help McAvoy solve the case forges a bond between them. With purpose and attraction fueling them on, they’re both forced to confront their pasts as they walk straight into the killer’s snare.

This suspense by C.J. Warrant makes your toes curl. It’s disturbing in the way the killer goes about satiating his bloodthirsty desire for women. Burying them alive is just one of the unsettling ways, but the torment and cruelty doesn’t end there. This book is graphic, but not so much that fans of romantic thrillers won’t find vastly entertaining. Fans of Nora Roberts and Sandra Brown will soon become avid readers of Warrant’s work—if you’re not already! And when it comes to weaving a good mystery, C.J. Warrant does an incredible job of keeping you guessing until the very end.