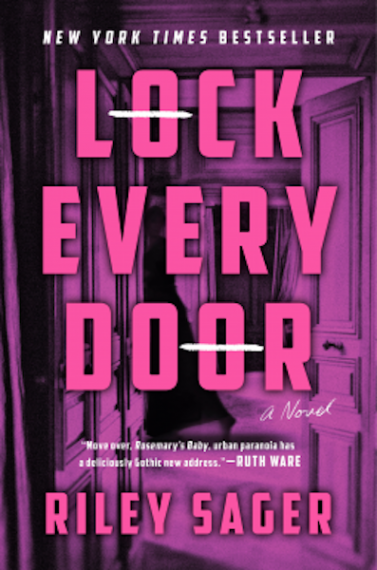 Fresh out of work, with a depleted bank account, Jules Larsen lands the opportunity of a lifetime—apartment sitting at one of the most upscale buildings in New York City, The Bartholomew. For a three month gig, the pay is amazing and all she has to do is ensure the apartment stays in good shape until a new tenant is secured. Still, there are strict rules she must follow along with some rather strange decrees including no visitors and engaging with the other tenants is strictly forbidden. This presents a problem for Jules, because much to her delight she discovers she’s living under the same roof as celebrities, her favorite author and a young handsome surgeon residing in the apartment below.

Willing to put her gig at risk, Jules breaches the code of conduct and forges new friendships, including a few with other apartment sitters. One in particular, Ingrid, intrigues her. She’s also fairly new to The Bartholomew and insists they make a standing lunch date while they are there.

But when her new friend goes missing, Jules starts a discreet investigation discovering this isn’t the first time this has happened.

Finally relenting to her friends urging, Jules researches the history of this building and learns it’s rumored to be haunted. More than one mysterious disappearance and death has occurred on this property. Coupling this with haunting screams she hears the night Ingrid goes missing and the scribbled warning and gun she leaves behind, Jules realizes that something horrific is happening inside The Bartholomew and her life depends on her escape.

I loved this book and all its heart-pounding and perplexingly disturbing content that thrills from beginning to end.

Lock Every Door by best-selling author Riley Sager is true to her form, artfully crafted in a way that makes you feel you’re living right next door to Jules in your own eerily abandoned Bartholomew apartment. The author’s rich contextual descriptions come to life and set the stage for something sinister to occur. At the hinting of Jules’ distress from the get-go, you wonder what is really going on in this place? And this is the question that pervades your thoughts with every turn of the page.

But trust me, you’ll never guess.

Of course, it’s not just the haunting script running through the protagonist’s mind, it’s each character’s odd behavior that alludes to something darker that’s been happening long before Jules’ arrival. And of course, there is The Bartholomew building that plays an integral part in the story line. Rife with gargoyles, caged elevators, a dungeon-like storage cellar and boarded up dumbwaiters, it sets the stage for suspense.

Morning Makeover: How to Boost Your Productivity, Explode Your Energy, and Create an Extraordinary Life – One Morning At A Time!
7 Ways To Lessen the Sting of Insults (And Books That Will Help)