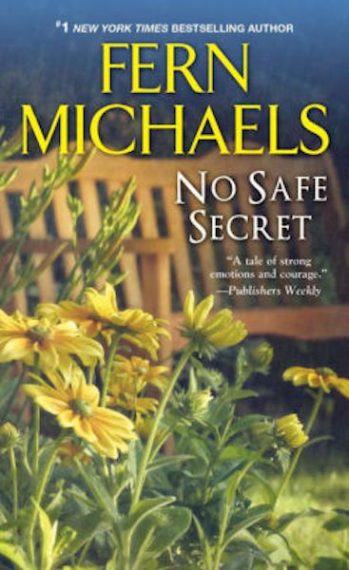 Those who love romances with a deeply integrated, contemporary and compelling storyline are probably already fans of Fern Michaels. She’s been a best-selling author for quite some time and for a reason—her stories draw you in. The female protagonists often share a very real arc with readers, or someone they know, and that is what makes No Safe Secret an enticing read.

In this story, the protagonist, Maddy Carmichael is on the run from her past. Raped at her high school prom, she fled and ran over her assailants. But she kept on driving all the way from Blossom City, Florida to Boston, Massachusetts where she created a new life for herself, including an entire new identity.

The posh and glamorous life she’s built with Tanner Marsden can no longer be sustained. He’s become more violent and her two adult stepsons continue to spew venom towards her, and she realizes something must change. The one thing keeping her here is their daughter, Kristin, who is about to leave for a graduation trip to Paris. But the night before she leaves disaster strikes and Molly hatches her plan to escape.

This book brings to light the psyche and turmoil of an abused woman.

Torn between the life they love and the attention they define as love. When children and security are at risk, there’s an internal struggle that complicates matters. And being neglected since childhood, any affection is a gift. But within the dark recesses of Molly’s reality, there is hope. And true to any great romance with a strong heroine, Molly finds hope and a new future once she makes the choice to believe in herself.