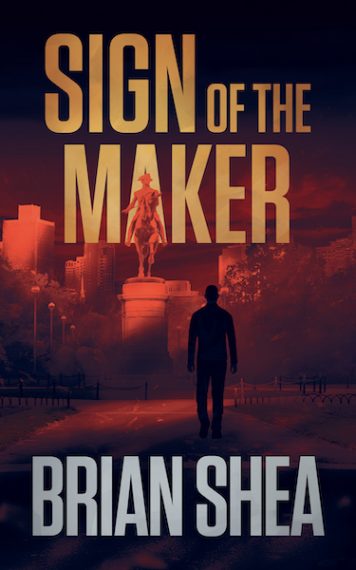 Boston PD Detective, Mike Kelly has been hardened by life, family and years of experience on the job. Now, he’s slowly trying to put his broken life together by making his colleague and girlfriend, Kristin Barnes, a permanent fixture in his and his daughter’s life. And just as they all were looking forward to their upcoming weekend at the cape, disaster strikes, and Kelly and Barnes are thrust into the middle of it. First to arrive at the scene of a bombing, they set to work triaging the survivors while Barnes struggles to manage her PTSD from the Boston Marathon bombing. And worried for Barnes, Kelly’s instincts and worst nightmare are realized. This disaster is a serial bomber’s first strike.

Based on the gravity of this crime, the FBI is sent in and it becomes a territory war.

Kelly is vying for equal footing for his team since this is their town, and the seasoned agent Langston is pushing for control. But when the bomber’s signature is discovered, Kelly recognizes the sign of the maker as copycatting Collins, a convicted bomber Kelly put away years ago. Breaking protocol he visits Collins in solitary confinement and discovers he’s sent away the FBI and will only talk with Kelly. And that’s because Kelly’s biological father is an Irish mob boss. Determined to move past this bailiwick, Kelly realizes Collin’s theory of an old IRA resurgence isn’t that far-fetched. Unfortunately, Langston and his sergeant are against it. But when the bomber strikes again, Kelly’s intel is validated, and they must move past their territory wars to find a way to end the maker’s reign.

This suspenseful read by Brian Shea is a must-read for crime fiction and detective fiction fans. It spans just a few days, but the adrenaline rush that kicks in from the very first chapter feels like you’ve run a month-long marathon by the conclusion.

But trust me, this race is exhilarating.

And the characters, including Kelly and the supporting cast, are multi-dimensional, each with a compelling back story artfully threaded into the story. There’s a lot here, but it’s not dense, it’s swift in the pace and you’ll want to see more from Kelly and Barnes, how their relationship unravels and how they are able to move forward in their work, while their pasts threaten to draw them back. I also loved how Shea tells the story of Kelly’s childhood friends, what made them the men they are today and how vastly different they seem yet tethered by a greater bond—loyalty—a thematic word for this book.

I know I’ve hinted to a lot, but I didn’t want to get too deep in the plot and spill the secrets of why Sign of the Maker should be your next read.