6 Picks: Book Covers That Will Take Your Breath Away
By Kimberly Monaghan on December 6, 2020 in 6 Picks, Book Talk 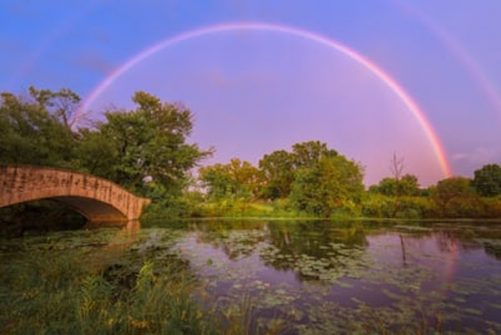 I confess, book covers either draw me in or make me pause, especially when it comes to a purchase. While it’s the writing that counts, book covers invoke an emotional response. And we’ve all known those images that we return to time and again as they evoke a mood or a cherished memory, or because they’re incredibly creative, artistic and well, breathtaking. There are even some that I’ve considered hanging on my wall.

My personal redecorating plan aside, I think we can all agree that cover art is highly subjective. I understand that the covers I love may not elicit the same emotional response in you. But let me be clear, book covers are art in their own right. They’re a unique medium for celebrating designers, creators, painters, illustrators, photographers and digital artists and all of them should be applauded for their creative inspiration. So, as we celebrate the author between the covers, here’s a toast to the hard-working creatives that give us the first glimpse of what’s inside.

Honestly, my pick list is exhaustive, especially when you browse the fantasy, science fiction and young adult selections, not to mention children’s picture books; but for the sake of this piece, here are six book covers that will take your breath away. And I encourage you to add your own picks in the comment box below.

Carnegie’s Maid by Marie Benedict. What is it about this image? I loved reading this

book and have lent it to a few friends and family and though I usually encourage them to pass it on, I asked for it back. Not only because I will most definitely re-read it, but because I can’t stop looking at the cover. The classic simplicity is perfection. Not to mention the juxtaposition of the young maid from humble beginnings set against the backdrop of a steel magnate’s decadent ballroom. The colors are muted, but they don’t

dimmish the sunlight that illuminates the promise of an enticing read.

Moonlit Road by Tina Marie. Here’s a suspense-filled books you know is going to be awesome just by the cover. This enchanted image is exactly what stopped me dead in my tracks. The beautiful hombre of colors cast by the moon’s soft light invites you down a road that leads into a mysterious unknown. And that is exactly where the protagonist heads in search of her missing love. Book three in the Moonlit Trilogy, this read and cover are not to be missed.

To Sleep in a Sea of Stars by Christopher Paolini. If you like Steven Spielberg movies you’ve no doubt experienced the meditative greeting of the DreamWorks Studios introduction. Okay, so that’s a wild arc of an introduction, but this book cover evokes the same response in me. It’s a dreamy, yet eerily captivating image of a woman amidst a sea of stars. The allure of this bewitching cover hints at the intriguing premise—a scientist who uncovers galactic life beyond anyone’s imagination.

The Between by David Hofmeyr. What an amazing image. This integration of contemporary art, optical illusions and hidden images harken back to some of the greats who excelled at hiding interpretive elements in plain sight. And I’m certain you’ll agree that this cover serves as both a mesmerizer and a storyteller. As you lean in to further engage with the riveting cover, you’ll see hints of the story within. A crash, a time-bending beast and universes colliding as 17-year-old Ana Moon is in the race of her life to stop the cataclysmic destruction

and find her missing friend.

Reign of the Fallen by Sarah Glenn Marsh. I can’t imagine finding someone who doesn’t think this is one of the coolest book covers ever. It’s bold and enticing and does what a great book cover should, provoke curiosity about the book’s premise. Well, here’s a hit. It’s a fantasy, but like no other. Odessa is a fiery young heroine who risks her life in battling the Shades of the underworld in order to save her kingdom and

put an end to a dark and blood-thirsty conspiracy set on total world domination.

Ghost: Retelling of the Phantom of the Opera by Alydia Rackman. While there are many angles of opera houses portrayed on books and in art, this cover struck me with both the image and the premise. A classic story retold by an author who has a knack for bringing fresh perspectives in her retelling series. And might I add, want a few more breathtaking covers? Check out the Rackman’s site. She has a fascinating persona and shop filled with original works.

Dear Readers, I encourage you to add your own picks in the comment box below.

All images courtesy of publishers and authors

One Response to 6 Picks: Book Covers That Will Take Your Breath Away

About 54 minutes ago from Kimberly Monaghan's Twitter via Hootsuite Inc.