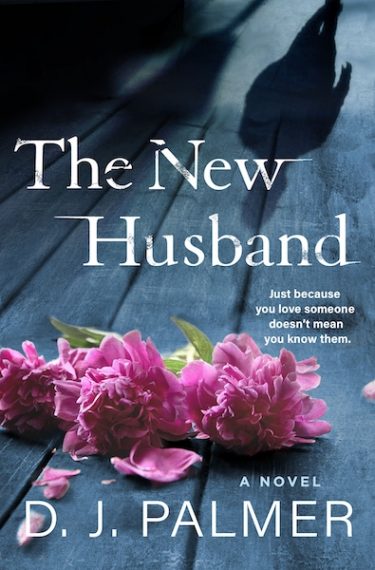 Here’s a unique twist on a story of a woman suffering from severe grief and loss of self-esteem who finds love in an unexpected place that leads her down a path of unsettling suspicion.

Nina is still trying to put the pieces of her life together after her husband, Glenn, went missing over a year and a half ago. But despite her heartache, she’s moving on trying to come to grips with his recently discovered infidelity and financial deception. And thankfully, she’s found a new love, Simon, who’s been patient and supportive and all in all, the perfect man.

Her two children are far apart in their acceptance of Simon, who is also the history teacher at her youngest Maggie’s school. Maggie resents Simon, seeing him as interloper who’s trying to replace her father. Maggie is also holding on to the belief that Glenn is not dead, as the police surmise, nor did he leave them behind by choice.

This vehement stance creates havoc for Nina, and Simon is trying to be understanding and compassionate but every now and again, his temper flairs. It’s this side of him that Maggie believes to be his true identity.

Her daughter’s suspicions only add to Nina’s concern and create unrest in their new home together, but she’s not the only one harboring doubts about Simon. Nina’s best friends caution her at every turn to go slowly with this man who seems controlling, but Nina dismisses their warnings as simply those of overprotective friends. But when Nina finds a new job and starts back into therapy, her eyes are open. Something seems off with Simon, what exactly, she’s not quite sure. And when Maggie takes things into her own hands to find proof that Simon isn’t who he claims, Nina discovers that she’s been blind to lies for so long that it’s hard to comprehend what’s really true.

“I believe we all want the same things out of life. We want to be loved, accepted, to belong to something, or someone, to feel wanted and valued. Sometimes we make poor choices on this journey. Instead of sitting in judgment of those choices, let’s help each other get back on the right path.”

No one can predict how you would react to finding out your husband has cheated on you and has disappeared and been declared dead. But in The New Husband by D.J. Palmer, Nina rallies when a supportive friend and loving man enters her life. As things begin to normalize, she realizes there may be a future with this man after all. That is until her daughter, her friends and her therapist poke holes in this theory and suddenly everything spirals out of control.

What I’m loving about this book is how real it could be for anyone of us to face a similar plight. While there are probably a half dozen startling events that occur in an overlap that are highly unlikely unless you’re staring in a Lifetime movie, any one of them would be cause for concern.

Heiress Apparently (Daughters of the Dynasty)
Witch This Way