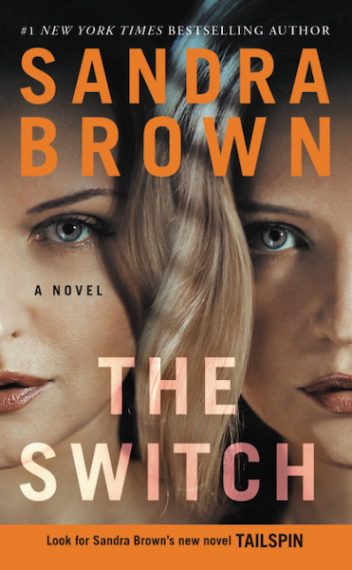 Two identical twins couldn’t be more different: Melina is an independent, successful and outgoing publicist and her sister, Gillian, is a woman who prefers her privacy and is consumed with having a child and starting a family. On a lark, Melina convinces Gillian to switch places with her and escort an astronaut who’s in Dallas for a horror banquet. Gillian accepts and delights in the idea of having one last adventure before she conceives through insemination and builds a life with her boyfriend.

But to Gillian’s surprise, the instant attraction to Colonel Christopher “Chief” Hart is undeniable. Fun quickly turns into fantasy but ends in murder. The next day Gillian is found stabbed to death in her home and the prime suspect is Chief. Melina’s guilt-laden shock doesn’t stop her from putting her own life at risk to avenge her sister’s death. And when Chief is driven to do the same, they quickly find themselves running for their lives and wondering if there’s more to their mission than meets the eye.

This is a mystery, woven into another mystery.

First there’s the mystery of who killed Gillian. Add to that the motive, and you have the plot for a very disturbing and suspense-filled story by Sandra Brown. What I don’t understand is how Brown comes up with these storylines. Just when you think you have a cut and dried mystery on your hands, it swiftly unfolds into an intricate plot that could be ripped from dozens of headlines. But at the same time, it’s honestly too bizarre to be true—crazy cult preachers, predators working at infertility clinics, Native American rituals, sex trafficking and kidnapped children. Blend them all together and you have a dark and suspenseful read by best-selling author Sandra Brown.

The Universe Always Has a Plan: The 10 Golden Rules of Letting Go
Stuck in the Middle: A Generation X View of Talent Management