Unbound: A Tale of Love and Betrayal in Shanghai
By Kimberly Monaghan on October 28, 2020 in Books 4 Fun 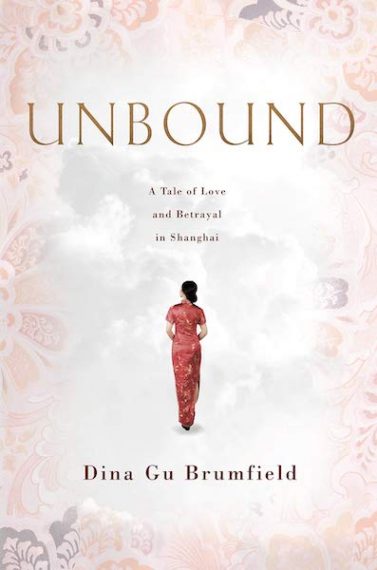 This is a story of three generations of Shanghai women bound together by family, honor and the fierce determination to make a better life for their daughters.

The youngest, Ting, is leaving China to pursue her degree in America where her grandmother now lives. Ting’s formative years took place during the Mao Dynasty, which was filled with strict rules, regulations and limitations. Only after his death did she experience the radical changes that challenged this simple and restrictive life that she always knew.

While Ting got a glimmer of liberation when her grandmother Mini came to visit, she’d always believed her world to be one limited by her culture.

A seemingly glamorous Westerner, Mini was treated like royalty each time she visited her daughter’s family in Shanghai. But Mini’s life was far from fabulous. And as she shares her story with her granddaughter Ting, the truth of her dark past unravels. One fraught with loss, betrayal and sacrifice, Mini slowly bears her soul in a quiet confession to her granddaughter. Hers was a life that Ting once believed to be golden in comparison but was actually a greater struggle than Ting could have imagined.

I couldn’t believe this was the maiden book of Dina Gu Brumfield.

It was magical and enthralling and certainly well written with each chapter told by either Ting or her grandmother Ming. It first reminded me a little of Red China Blues by Jan Wong but then I saw shades of Sense and Sensibility by Jane Austin, as these sassy female characters emerged in their own right, rebelling against gender norms. I quickly became absorbed in young Ting Lee and her mother Jing Ling Shi’s day to day challenges of operating under the Mao rule and only getting respect whenever their Western grandmother came to town. How unfair. But they didn’t let this insensitivity stop them.

Ting’s father and sister also play key roles illustrating the dichotomy of a progressive-minded family against the backdrop of a structured society. Through the generations there is a perennial theme of the parents expecting obedience, wives (and second wives) producing heirs and respected marriages arranged for their daughters. All the while, the girls have their own secrets and an unquenchable need to be heard. But the boldness and rebelliousness of these three generations of women helps them evolve as liberated and fiercely independent mothers and daughters, not to mention, highly empathetic and likeable characters.