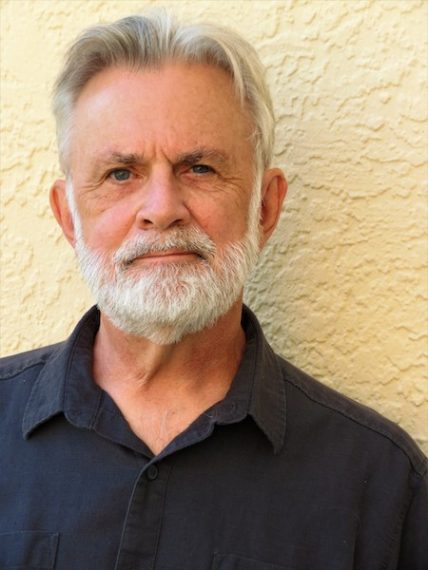 I “ran” into James R. Benn through the Author’s Guild. And when I took a look at his works, the themes and the compelling book covers, I just had to meet him. Not only is he a prolific writer of historical fiction, but he’s the Dilys, Barry, Sue Feder Historical Mystery award nominated author for his Billy Boyle WWII mysteries.

His fifteenth novel, The Red Horse, is now available, and the next, Road of Bones, will be released in September 2021. He also has two stand-alone novels available, Souvenir and On Desperate Ground. Husband, father and grandfather of seven, James and his wife Deborah Mandel divide their time between the gulf coast of Florida and Connecticut. Here’s his story, a little about his craft, and more about the man behind the courageous character Billy Boyle.

You are an author, but is it your day job? It is my full-time profession. Writing, editing, and constant promotion make it more like a lifestyle than a job. In my previous life I was a librarian and ended up retiring early from my job as head of an IT department for a school district to focus full-time on writing.

Did you always want to be an author? I worked as a newspaper reporter during my high school and college years. That experience gave me a background in meeting deadlines and concise writing, not to mention typing quickly and the old-fashioned cut and paste, back when that meant a gluepot and scissors. Although I dreamed of being a writer, I did nothing about it for decades. Then, on my fiftieth birthday, my very wise wife asked me what I wanted to do with the next fifty years. That was on a trip to Europe, and as soon as we got home, I started writing. Luckily, we had stumbled across two fascinating historical events from the Second World War which I was able to incorporate into my first novel, On Desperate Ground.

What is your most recent book and what inspired you to write it? My most recently released book is number 15 in the Billy Boyle series, The Red Horse. The previous few novels had a lot of action in France on the road to Paris, and I wanted a change of pace for Billy, not to mention readers and myself. So, I set this one in a secret military hospital (modeled on facilities run by the British Special Operations Executive) which gave the story a bit of a 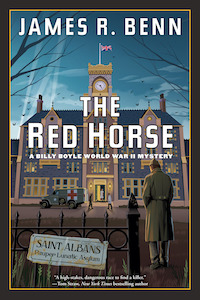 creepy Gothic vibe. As with all my books, this one is built around a little-known secret from the war, alluded to by the title. No spoilers, but I will say that when I uncovered this one, I was astonished at the lengths to which the allies went to gain even the smallest advantage against the enemy. It leads us to question how much like an evil enemy we must become to defeat them, and how that changes us.

How do you hope your book uplifts those who read it? All I can do is write a truthful story based on true events. How the reader reacts says more about them than whatever hope I may have for how they perceive the story. If you want a sugar-coated adventure in which the forces of good and evil are always clearly delineated, you may wish to look elsewhere. But that’s separate from the cast of characters who inhabit these stories. Although Billy Boyle and his friends and comrades suffer, there is a lot of joy in the moments when they overcome the obstacles to their happiness.

What are you most excited about with this book? The response since it was published in September. New readers and constant fans alike have been commenting on how strong it is. I like the idea of bringing in first-time readers and providing long-term fans with a satisfying story.

How did writing a book help your career take off? The act of completing my first novel was very rewarding. It was a challenge to see if I could pull it off; creating characters, devising a plot, and having enough to say to create a novel-length manuscript. I wasn’t entirely sure I could accomplish that, but once I did, I found I couldn’t stop. Now I have over twenty novels done, most out in the world. It is extraordinarily satisfying.

What advice would you give to someone wanting to succeed in your professional industry? Never give up. I had finished two novels and received way over two hundred rejections from literary agents before getting signed. Write because you’re passionate about it, and then work at promoting it like a business venture.

How do you handle setbacks and criticism? Criticism can be helpful but remember to consider the source. People can be callous when posting Amazon reviews, but they are not professional critics. If someone in the business says something negative, look for the seed of truth in it and work on doing better.

How do you hold yourself accountable and achieve the goals that you set forth? I use an Excel spreadsheet to keep track of my weekly word count. I have a contractual date to submit a finished product, so I work at finishing two months before that date so I can have a bit of a break.

How do you structure your day and make time for writing? Coffee. Exercise. Time with my wife. Write. Repeat.

What do you find most fulfilling in the career that you’ve chosen? Even though it’s a solitary profession, writing has enabled me to meet some wonderful people. I am constantly surprised at what a supportive bunch writers, booksellers, and publishing people are. It’s definitely not a zero-sum game. Help each other.

What book uplifts you? I am still thinking about the new translation of The Odyssey by Emily Wilson. She made a terrific story accessible while staying true to the original structure. It is inspiring to read an ancient tale and grasp the fact that we are a story-telling people.

Anything else you’d like to share with your readers? I am indebted to all of them. In recompense, I will keep writing about Billy Boyle and other stories that need to be told. Read on.