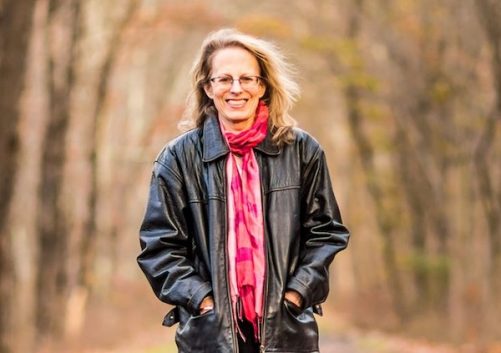 Marlene Adelstein is a woman of many talents—a USA Today’s best-selling author, movie and film executive, artist in residence, literary writer and editor. It was only natural that she would start the journey of writing incredibly engaging books that you just can’t put down, like Sophie Last Seen. Let me be clear, this creative has worked on films under producers Samuel Goldwyn Jr., Richard and Lili Zanuck, and Matt Williams of Wind Dancer Films, where she was involved in the development of a portfolio of movies including Mystic Pizza, Rich in Love, Driving Miss Daisy and Rush.

Now, when she’s not busy with leading writers in residence workshops, editing manuscripts, or on a speaking and book signing tour, you’ll find Marlene walking local trails in the Hudson Valley with her adorable Labrador, Honey. I am thrilled and honored to bring to you this Author Q&A with Marlene Adelstein.

You are an author, but is it your day job? My day job is working as a freelance book editor. I work on all genres of novels including with first time authors, memoir and screenplays as well. So my own writing has to get squeezed in, in-between my paying work.

Did you always want to be an author? No. I got into writing quite late. I was working in film development for a Hollywood film producer and began writing screenplays with a friend in our spare time. Then I slid into short stories. Then novel writing and personal essays. It may be a slightly backwards way of going about it but that’s how it evolved.

What is your most recent book and what inspired you to write it? My debut novel, Sophie Last Seen, came out last year. It deals with a mother, Jesse, whose ten-year old daughter went missing while at a shopping mall. When the story begins it is six years later 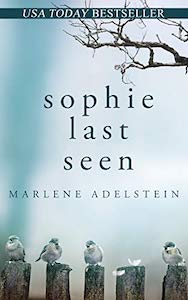 and Sophie was never found, and her mother has to figure out how to move forward while dealing with not knowing what happened. She’s basically a wreck. Sophie’s best friend, Star, is reunited with Sophie’s mom and they stumble onto a clue that might lead then to some answers.

The initial inspiration came from a highly publicized missing child case back in 1979 in New York City where I was living at the time. A little boy named Etan Patz went missing while going to school and was never found. The unsolved case went on for years and years. I thought about his parents and how difficult it had to be to go on without really knowing what happened to their son.

How do you hope your book uplifts those who read it? Although it is a dark subject and sometimes called a parent’s worst nightmare – losing a child – I weave in themes of hope and forgiveness. There is also a mystery element that I believe keeps readers turning the pages, too.

What are you most excited about with this book? I’ve heard from readers that they really enjoyed it, couldn’t put it down or thought it was very well-written. What more could an author hope for?

What advice would you give to someone wanting to succeed in your professional industry? I have nothing new to say that hasn’t been said. Keep writing and reading. Stay abreast of what’s going on in the industry. Be persistent and just don’t give up. My editorial clients who have had the most success are the ones who have stuck with it the longest. Writers tend to send material out before it’s really ready. Persistence pays off.

How do you handle setbacks and criticism? I encourage constructive criticism while I’m working on a book. I need the feedback. Once a piece is published though, it’s not really that useful. And for every piece of negative criticism, there’s always much more positive feedback. So I don’t really pay attention to the negative after something is published.

Setbacks in writing or stalled periods definitely happen. For me, they are just part of the process. If I can’t write, then I might use the time to do research, read other books that might inspire and just step away for a bit from my own project. Letting a project go ‘cold’ and then reading again often brings new insights, new ideas.

How do you structure your day and make time for writing? My day is mostly structured around my day job. That always comes first since I have bills to pay! But I try to set time aside for my own work. An hour or two here and there. A day here and there I can block off. I get big chunks of new writing done when I take vacation time twice a year. I often go away to someplace quiet and just work on my writing all day, for hours. To me that’s heaven! I crave quiet and nature, places where I can walk and think about my story and characters.

What do you find most fulfilling in the career that you’ve chosen? Hearing from readers that my writing has moved them.

This is your chance to share how much Marlene’s work has inspired you. So, reach out to her, meet her at an upcoming event and follow her updates on social media via her website.

View all posts by Kimberly Monaghan →
For the Love of Friends
Bookstore Spotlight: Kew & Willow Books

One Response to Author Q&A with Marlene Adelstein