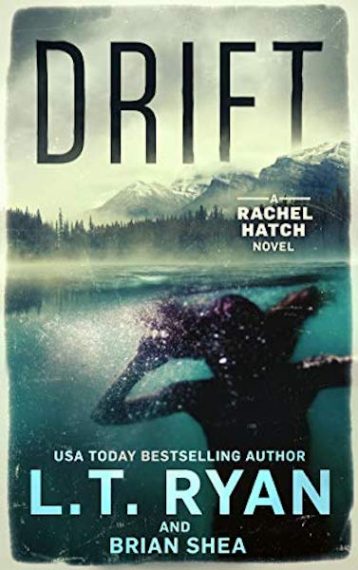 The first book in the Rachel Hatch series by L.T. Ryan and Brian Shea proves to be a slam dunk. Former beauty queen turned Army Criminal Investigator, Rachel Hatch is a hero and a drifter, seeking solitude to help overcome a rough history, a mixture of tours and family ghosts. When her mother calls to tell her that her sister is dead, Hatch heads back to her Hawk’s Landing, Colorado home after fifteen years away. Convinced her sister’s death isn’t a drowning accident, Hatch teams up with the newly minted Sheriff Dalton Savage to get to the truth. In doing so, they uncover a deeply embedded criminal plot that is threatening the lives and livelihood of her hometown.

Awesome read aside, this book is filled with great character arcs, including the supporting cast of her mother, nephew and Sheriff Savage.

They all neatly move from struggling to find their place, to being forced into revealing their past demons so they can find their renewed hope, forgiveness and foothold in their respective worlds. The timeline is short, and the pace is swift, which makes for a great thriller. At first Rachel’s character seemed someone unbelievable with all that she’s achieved, while still being drop dead gorgeous, but then you see the cracks in her façade. This is a woman who’s been compelled to achieve in pursuit of answers and identity. That makes her incredibly real. Besides, who doesn’t want the protagonist to be someone you would like to befriend, or possibly be?

Of course, I’m always a sucker for books that weave into the script pearls of wisdom.

“The true measure of a person’s mettle can’t be qualified on the outside. They need to be thrown into the fire.” It’s just such phrases, well-placed and deeply introspective, that give Hatch and Savage dimensionality. And I loved how Savage invokes posse comitatus to give Hatch a chance to use her elite skills to aid the department rather than turn her quest into a territory war.

I’m grateful this is only book one and already eager to dive into Downburst the second in the series as I can’t wait to read more about the thrilling pursuits of Hatch and Savage.

Author Q&A with Dan DeFigio
A Reason to Be: A Novel