Eleanor and Harry: a short story, award-winner
By Kimberly Monaghan on May 3, 2019 in Bits & Stories 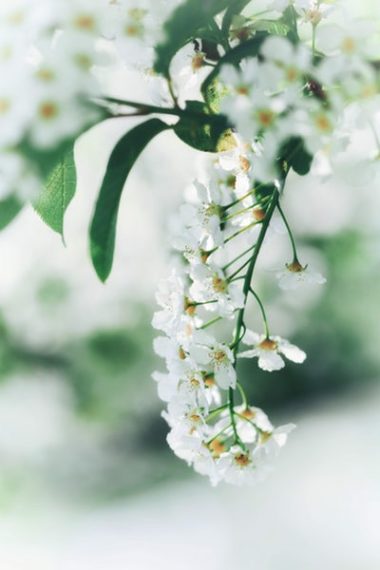 I’d like to believe that I’m more than a friend and not just a caregiver but perhaps a bit more. This is what I strive for each day while I visit my clients. They have the unerring ability to give me so very much, if only I could somehow return the favor.

The television was left on but it was a futile effort in providing a distraction. Eleanor has a cataract in one eye and the bright light most likely disturbs her. Maybe it’s the sound of voices nearby that keeps her company. She doesn’t say much so I really don’t know. Turning the television off, I went over to her and touched her head, letting her know that I had arrived. She stiffened a little under my fingers but that is to be expected when one is startled from a blissful sleep.

Picking up her hairbrush, I ran it gently through her hair and felt her relax in recognition of the routine. The calming, methodical strokes worked like balm on her nerves and I also felt my quickened heart rate slow from its harried pace. Peaceful stillness engulfed us and was only enhanced by the rhythmic motion of this gentle caress. I could stay like this all afternoon, allowing the ring in my ears to gently melt away, taking pleasure in the mundane. It would be some time before Eleanor would speak, and that was fine with me. Silence is golden and I appreciate every precious drop.

In time, Eleanor looks up to me and we continue our routine that she favors beginning with a slow, very slow, walk outside around the block of a dozen houses that make up her cul-de-sac. Only on perfectly sunny days will Eleanor venture outside for exercise and I understand her hesitancy to do so. If I could stay indoors, protected from undesirable elements, or like her, venturing as far as the awning covered porch on a misty day, I would. No, I don’t envy her age or her ailments; I only wish that my idiosyncrasies would go over as smoothly with my family.

Watching her gradually stand on frail limbs, the pain of age is barely disguised in her eyes as we head from the door. But she looks eager. Sun greets us and the chirping of birds only enhances this serene hour.

Stepping out, I help Eleanor navigate down the path to the sidewalk lined with colorful flowers that I never took time to plant, but appreciate today. Life is precious and we both, in our own ways, race against the clock. Me, snatching a few minutes of respite between picking up laundry or shuttling around the kids and Eleanor, squeezing in one more day in the sun. If she’s afraid of what lies ahead, she doesn’t show it. When Eleanor is gone, will I remember to reflect on life’s greatest gifts?

Harry, my second client of the day, doesn’t care much for Eleanor, which I cannot understand. Maybe it’s that characteristic some older males adopt pretending to be uninterested yet all the while disguising their fancy. I think they compliment each other perfectly, Harry’s animated behavior, a flash of color in Eleanor’s darker world. Harry is very different from Eleanor, sometimes loud, sometimes quiet but always interested in action. Even if I’m the one chattering on about my own life or concerns, Harry listens, eager for the companionship. When he feels energized, he’s not too stimulating but adds a healthy spark to any interaction. Still, they didn’t seem to enjoy each other’s company the last time we were all together. Perhaps I will try again in the future. Maybe down on the river walk or in the park where the environment invites social interaction. I just need to find a way to convince Harry.

Surprised to find him on the couch when I arrived, I was concerned that he might be overly tired and would prefer a more restful visit. But I was wrong. Before long he visibly concurred that a brisk walk was long overdue on this glorious afternoon. It was my second walk of the day, but unlike the steady stroll I took with Eleanor, Harry moves along at a fast clip only stopping for rose gardens.

Every day he takes time to smell the fragrant blossom and I wonder again, why I never do? Are my days so filled that simple pleasures are forgotten? Sneaking up next to him, I lean forward and sniff the bright pink one, its sun-warmed petals tickling my nose. Harry looks at me anew, surprised that I finally accepted his ageless wisdom, but no doubt for very different reasons. As we continue our walk in silence I think about making a commitment to smell these flowers each day, but then as I begin to schedule it in between this and that, I realize that I’m back to missing his point altogether.

Next was Harry’s bath and this was not a job either of us relished but was part of my duties. No wonder his family had left this task up to me, because due to his antics, just a short walk would create a need for freshening up. The first few times it was awkward for us both, but now it has become routine and we’re both ultimately rewarded, me with a job well done and both of us with a cookie or two. Of course there would be the paycheck that sat next to the cookie jar, as well; however, looking into Harry’s sweet face, so cherubic and innocent as he steals another cookie, I almost regret taking any payment at all.

But there are bills to be paid and dinner to be prepared so I reluctantly get ready to take my leave and head back into the world of soccer games, PTA, meetings, more clients and a never-ending grocery list. As I slide into my car, I catch Harry watching me from the window with disappointment in his eyes. Perhaps I should have stayed longer to play a game or two. Tomorrow can’t come soon enough for either of us.

Reflecting on my afternoon with my two favorite clients, I wonder how I could find a profession that is so rewarding. A few hours quietly giving care and delighting in the simple pleasures of a walk, a warm bath and fragrant flowers is becoming more paramount to me each day. True, not all afternoons were as good as today, but through each I discover more of what is really consequential. The time we spend with those whom we love is so precious and so very short. The blessings of our surroundings should be embraced and not forgotten. And though everyone and everything will pass in time, I am thankful to have learned the importance of living each moment to the fullest from two dogs named Eleanor and Harry.

Kind is the New Classy
Phonics