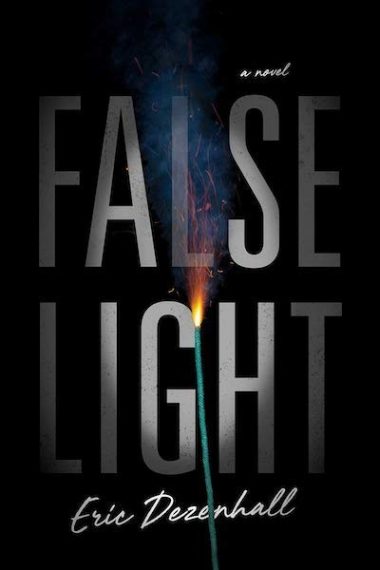 Senior investigative reporter, Sanford “Fuse” Petty has been put on leave from his D.C. newspaper, Capital Incursion due to a disciplinary investigation. The real reason? He’s hitting too close to home in his work to uncover the truth behind a Running Dog’s founder’s mysterious suicide. Now with time on his hands and injustice-fueled angst in his heart, Fuse sets his sights on revenge.

His first target is his colleague, Gretchen Kramer who’s behind Fuse’s mandatory leave. She’s been jockeying to become a celebrity journalist and Fuse’s questioning her coverage of the suicide is making her look bad.

But he quickly discovers there’s more than just bitterness behind her dogged pursuit to see him ruined.

His second target is Pacho Craig, social media influencer and founder of a virtual news network MyStream. Craig has built his celebrity brand live-streaming his confrontations of high profile personalities about their secrets. Fuse’s best friend, Kurt’s daughter Samantha was an intern for MyStream, and it was during this tenure that she was molested by Craig. The only people that know are her parents and Fuse and his wife, Joey, but instead of exposing her secret to the police, she and her father beg ‘Uncle Fuse’ to help. Tapping into his network of sources, assets and friends, Fuse sets out to exact revenge on Craig and Kramer, get justice for Samantha and still walk away with his own reputation intact.

This page-turner by veteran author Eric Dezenhall uncovers just how powerful ‘false light’ can be.

This technique of media planting doubt in the public’s minds through probing questions and unsubstantiated allegations can destroy careers. Fuse is at first a victim, as Kramer tees him up to be unethical in the eyes of the Incursion’s board. But Fuse also uses this technique exacting his own smear campaign on Pacho, and in a more organic, and honest way, right back at Kramer as he pokes holes into her false allegations.

The book is fast-paced and fun, in the way that it gives the reader a shotgun ride along with cowboy justice. While hopefully most people wouldn’t take Fuse’s approach to personal and professional resolution, the way it unfolds in False Light, is both liberating, and on the other hand, a warning at how costly revenge can be. A must read!