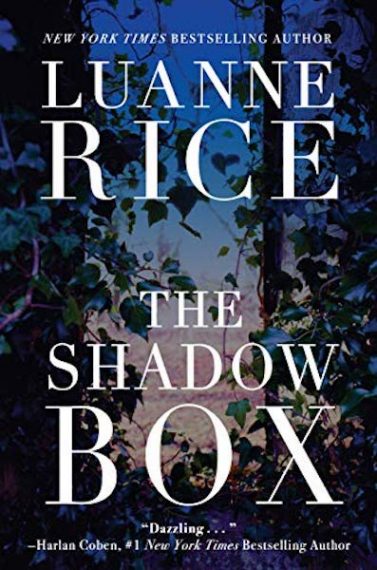 Claire Beaudry Chase fails to arrive at her showing at the art gallery owned by her friend, Kate Woodward. But her husband, politician and state’s attorney, Griffin Chase is already there, busily gladhanding with his constituents as if nothing is amiss. After spying Claire’s controversial shadowbox piece, Fingerbone, he purchases it, breaks protocol by hastily removing it from the gallery, then promptly leaves.

This sets up a warning flag for Conor Reid, a detective with the Connecticut State Police, who’d come to the showing to support his girlfriend, Kate and their mutual friend Claire. But Chase’s strange behavior bothers him deeply.

Then when Claire doesn’t show, he’s notified that there’s evidence of a crime at her house.

What looks like vestiges of a struggle, blood and the absence of a body indicate that either Claire was able to escape, or her body is elsewhere. While Conor and the community are devastated, Chase, his sons and a few of his biggest supporters are more concerned about how this will affect his political campaign than finding Claire.

But this is just the first of a string of tragedies that shake the neighborhood and perplex Conor. One of the Chases’ close friend’s boat blows up the very next day, with only the father and young daughter surviving. The cryptic intel peppered in the little girl’s recount leads Conor to believe there’s a connection between the explosion and Claire’s disappearance. Despite the fact that much of the community shows little concern, Conor and his brother Tom, a coast guard investigator, must work together to find Claire and uncover the dark secrets buried in this seemingly safe community.

This suspenseful mystery by Luanne Rice is set against the backdrop of Long Island Sound in a beautiful serene and upscale neighborhood of Catamount Bluff. The families that live there are wealthy and known for their luxurious lifestyles, but also for their secrets.

Deeply embedded within the relationships are skeletons each couple believes they have successfully buried.

And it seems that a covert men’s club is at the center of it all, causing the women to wonder if there is something more than camaraderie making this club so sacred. But all of them share one thing in common, they hope that Griffin Chase will be their next political champion, and some are willing to do whatever it takes to help his star rise—including murder.