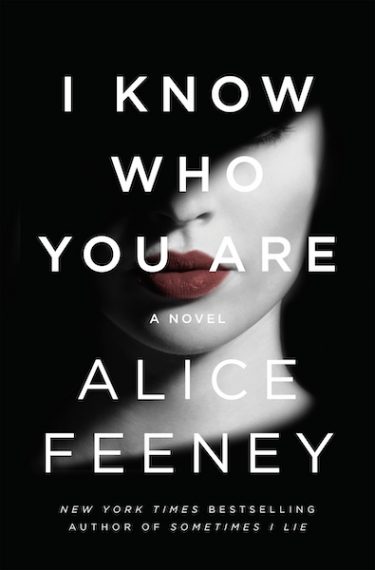 Disturbing, intriguing, and addictive are three of the adjectives that I’d use to describe this book by Alice Feeney. What kind of person preys on a victim of trauma? This book answers that question demonstrating just how far an unstable and tormented predator will take their reign of terror.

When actress Aimee Sinclair finds her star swiftly rising, her fear of success and being thrust in the public eye take over. You see, Aimee has a secret; a dark, abusive childhood raised by kidnappers who taught her to shoot to kill in order to swindle and survive.

While she’d successfully kept her past buried, two major events threaten not only her ability to hide her past, but her chances of surviving her future. She has a stalker who has re-appeared with a mission to haunt her with memories of her past and upend her sanity. Then her husband goes missing and Aimee becomes the prime suspect. But Aimee has even more to be fearful of. A cutthroat journalist, a determined policewoman and a divisive competitor threaten to expose her true identity and put an end to life as she knows it.

Wow, if that isn’t enough to make you pick up this book and see if Aimee survives this torment, I don’t know what is.

I couldn’t stop reading until I figured out why Aimee chose this path in her life and what would make her keep so many secrets that would probably have invited understanding and support. But trauma all too often is accompanied by a kind of shame and fear that’s unrelatable.

This is a well-written suspense with layers of intricately woven subject matters. The character’s inner voice haunts the reader with a parallel indecisiveness that draws one deeper into the folds of the story. I don’t want to shine too much of a dramatic light on this fast-paced read, but it does evoke emotion. In essence, the author creates a brilliantly told tale of victim and survival in a cutthroat industry that has little empathy, especially for their own.