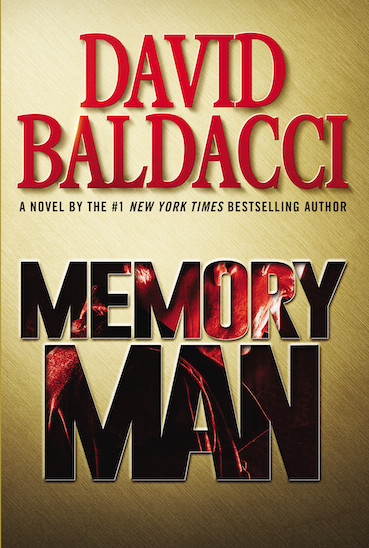 Six foot five, grisly beard, unkempt grating hair, overweight and sometimes homeless, forty-two-year old Amos Decker is not your typical Private Investigator. The brutal slaying of his family three years ago caused him to walk away from his job as a police detective and took away his will to live any semblance of a normal life. Now, Amos stumbles through the days working enough odd jobs to barely sustain him and stay under the radar. That was until a man walks into the police department and confesses to the brutal slaying of his family.

Revenge and a desire for answers, along with the stark reality that he has nothing to lose, propel Amos to use whatever means necessary to confront this confessor who claims he killed because of a past confrontation.

But something doesn’t feel right. This man doesn’t fit what Amos knows about the killer and Amos doesn’t recognize him. And he would—because Amos has Hyperthymesia, a condition that gives him acute and perfect memory. This condition resulted from a head injury that ended his career as a pro football player, but proved invaluable in his work excelling as a detective.

On the very same day this confessor appears a mass shooting occurs at Burlington’s high school, and Amos wonders if there is a connection. Amos’s ability to recall every detail, experience and person from his past is something his former partner and police chief are counting on when they ask him to help them find the shooter. And Amos’s instincts are right. He unravels a connection that leads him down the dark path of his past and on a hunt for a killer who revels in torturous, taunting and brutal acts of revenge.

First, let me share that I love every one of David Baldacci’s books. So I’m a little slanted in praising this character Amos Decker. The hero here is not your typical white knight but is rather a refreshingly unique and tortured man battling unthinkable personal demons. I immediately identified with his need for justice and applauded the frank and socially inept way he moves past courtesies in his dogged pursuit of answers. I was surprised at how dark this mystery is, as there is little left to the imagination with the killer brutalities. But in typical Baldacci form it is well written and would make a great movie (hint).

I confess that I couldn’t put this book down, or any of the books in the Amos Decker series, despite the disturbing images provoked throughout. There is more in this suspense-filled collective than you might think capable of a writer’s imagination and it makes this reader wonder if the premise for this book came from his past experiences as a lawyer. Again, I’m biased having met Baldacci who is another gracious and talented author and philanthropist.

Ten Cents a Dance
The Elite: A Selection Novel