Noble Man: A Jake Noble Thriller
By Kimberly Monaghan on May 3, 2022 in Books 4 Fun, Books 4 Thrills 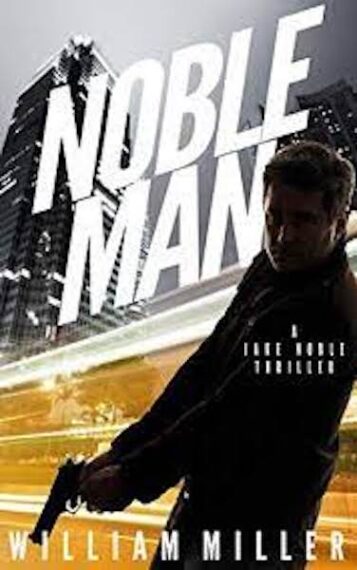 Ex-CIA agent Jake Noble is still smarting from a critical decision that cost him his job. Doing the right thing resulted in the organization making Noble the fall guy. But he’s resurrected his skills as a mercenary, less to stay in the game and more to expense his dying mother’s medical bills.

Living as a recluse on his small boat, Jake is ferreted out by his former agency contact for a job. A young woman running a non-profit rescuing young women kidnapped by sex-traffickers goes missing. Her cause, coupled with the gig’s payout, is enough to compel Jake to get back in the game. Once he lands in the Philippines, he’s got a target on his back and a shrinking window to save his victim who’s diabetic and without her insulin. Noble realizes that someone on the inside has set him up.

If you like Lee Child, Tom Clancy, and David Baldacci characters, you’ll soon be a fan of William Miller.

Each book holds your attention from beginning to end, with a fast-paced plot reminiscent of Executive Decision or Bourne Identity. While all the books engage you regardless of where you jump in, I would highly recommend starting with Noble Man, the first in this series by William Miller.

The Good Client
Writer’s Corner: The Ingredients of a Best-Selling Book