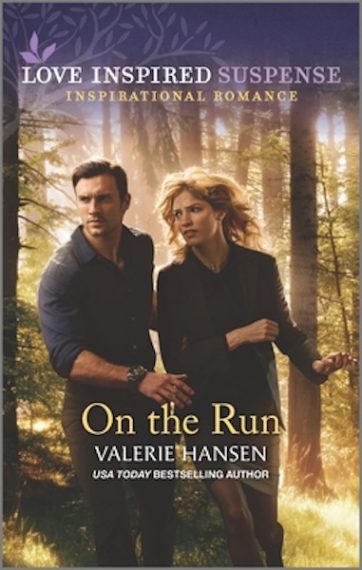 When ER nurse Janie Kirkpatrick is forced at gunpoint to treat a patient, she’s barely able to keep it together, let alone concentrate on what she’s trained to do. Fearful yet determined, she tries to shut out the melee and focus on saving the life of the man who’s been dumped on the gurney. Much to her surprise, one of the criminals offers her a lifeline. With a calming voice, he encourages her through the steps she needs to take to help the man who’s been shot and keep herself alive. Janie’s surprised by his medical knowledge, but it helps her regain some control. That is until the ringleader, the man with the gun, suddenly snaps and then attacks her.

Undercover detective, Bradley Benton, is torn between keeping his cover and saving Janie. Just when he thinks he’s found a way to help and temporarily get his “boss” Speevey under control, a gunshot changes everything. In a matter of hours Janie is on the run and Brad is determined to do whatever he can to keep the vengeful drug runner from hunting her down and exacting his revenge.

This suspense-filled mystery jumps out of the gates on an adrenaline-fueled ride.

And the pace doesn’t really ever stop. This makes this read exciting and quite a rush, especially as the story unravels and the reader discovers that first chapter only scratches the surface.

What I love most is that it is part of such a timely collection: Valerie Hansen’s Emergency Responder series, honoring heroes who put their lives on the line every day for all of us. And here is a peak into a very probable reality. Imagine being trained to save lives only to have yours threatened as a result. This is the world that many of us can’t comprehend. But Hansen paints a picture of a more common scenario than many realize.

But there is still plenty of fun and romance peppered in. So, for those who crave a fast-paced romantic suspense, On the Run by Valerie Hansen is a must read.