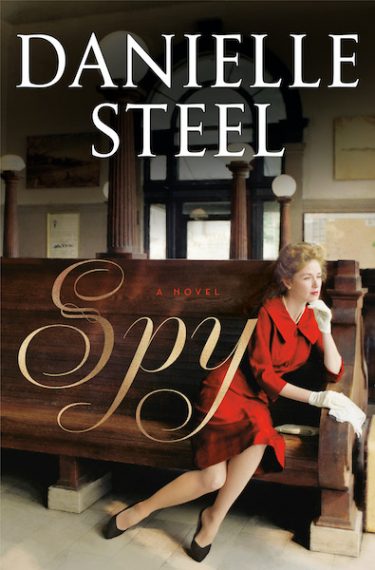 This story by Danielle Steel draws you into the life of a privileged, young English woman, Alexandra Wickman. Five years after her coming out ball in 1934 where she was presented to King George V and Queen Mary, Alex makes the decision to leave a life of security for the war effort by in enlisting in the First Aid Nursing Yeomanry. Foreseeing Great Britain on the brink of entering the war against Germany, Alex dedicates her life to the effort doing everything from hauling rocks and debris and assisting with medical aid. But soon her exceptional skills with languages, coupled with her work ethic and fierce dedication to the war effort, garners the notice of the government and she’s offered an opportunity that will forever change her life: espionage.

After months of training, and keeping her new identity secret from family, friends and the man she’s falling in love with, Alex embarks on one dangerous mission after another as a newly minted MI-6 agent during World War Two and on through the Cold War.

Reading a book by Danielle Steel is like sipping a deliciously smooth latte. The flow of her words is so rhythmic and entrancing with each of her books that you treasure them like a luxurious treat. There’s no abrupt starts or short staccato interruption of flow, but rather a rich storytelling that lifts you up and carries you into its warm, rapturous spell. Yet, each Steel read is vastly entertaining and well-researched, and Spy is no different.

The unique perspective of a female MI-6 agent opens the door and gives you a rare glance into this historical perspective. Alex Wickman is a strong character that readers will lean into as they see how a woman who’s been raised to believe her future held familyhood and possibly a titled marriage chooses to leave these comforts for the greater good. And she is no stranger to loss. The devastation and brutality of war, not to mention the perilous risks she embarks on, inspire the reader to a level of admiration for the true heroes and heroines who left the security of family behind to fight for their country.

Once again, Steel doesn’t disappoint but delivers a timeless read from an uncommon point-of-view.

Bright Books for When You’re Feeling Blue
The Calling: 3 Fundamental Shifts to Stay True, Get Paid, and Do Good