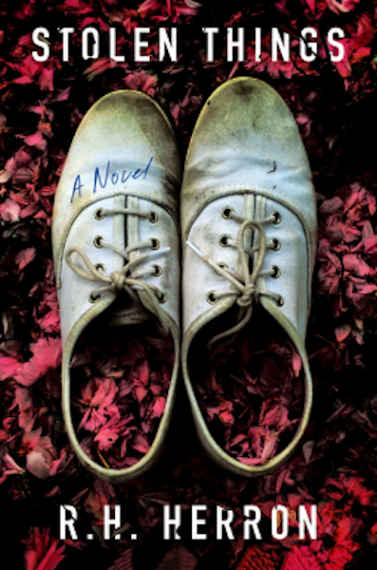 One can’t imagine surviving the string of events a confused and rebelliously afraid 16-year-old confronts within a couple of days.

JoJo has fallen in love with her friend Harper, the beautiful, spoiled, and highly promiscuous girl whom she slept with. Though JoJo is smitten, she’s afraid to tell Harper how she feels, let alone come out to her family. Her mother, Laurie is a former cop whose fierce attack on a perpetrator was the catalyst of her stepping back and now working as a 911 operator. JoJo’s father, Omid is the local chief of police. Both have forbidden JoJo to have anything to do with Harper. And despite the fact that JoJo knows that she’s been nothing but a bad influence, JoJo can’t extract herself from Harper’s orbit. Her love and loyalty drives JoJo to do anything Harper commands. And that’s where the trouble begins. When JoJo goes with Harper to a police protest party, where substances are flowing and boundaries are being crossed, she wakes up terrified, temporarily paralyzed and with no memory of who had raped her.

This breakout suspense novel by R.H. Herron is one of those reads you simply can’t put down.

The unbelievable string of events which kicks off at the party propels JoJo, Laurie and Omid on a path of incredible danger and career-risking defiance.

Warning, there isn’t a break in the pace. Literally. So, buckle up. From the moment Laurie receives her daughter’s 911 call on to the blackmail, murder, molestation and kidnapping throughout, this book both shocks and alarms with every twist and turn.

On this exhilarating ride, you’ll root for the family to survive and only breathe one short sigh of relief when rebellious JoJo does a 180 discovering who her true allies are. But quickly back on the track, JoJo’s never-wavering trust in her unlikely companion, Kevin and her renewed faith her mother, emboldens her to employ admirable grit and fierce determination on her quest for justice. And right alongside, you’ll applaud Laurie, who rises as the unpredictable hero, doing whatever is within her power to save JoJo and Omid and put an end to a twisted felon’s rage-filled vengeance.

The Secret Zoo
Elevate: Push Beyond Your Limits and Unlock Success in Yourself and Others