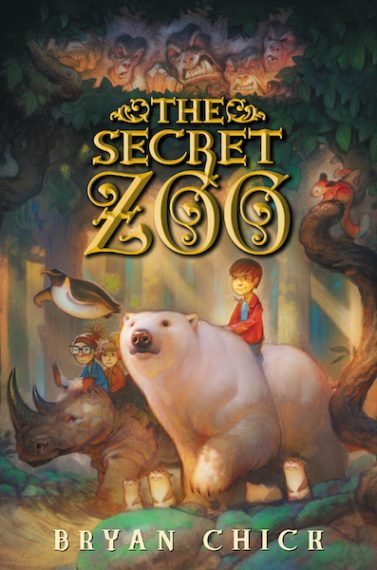 When Megan Nowicki follows a hunch that something special is happing at the Clarksville City Zoo, she takes off to investigate. Spying a group of monkeys that looked like they’d escaped she rushes back to get her brother, Noah, but by the time they return to where she’d seen them, they were gone. Megan can’t let it go. Pulling out paper, she decides to write down her thoughts which soon will turn into clues in her disappearance.

Three weeks later there is still no sign of Megan, and her brother Noah believed that something was bothering her. Did it have to do with the monkeys that she claimed to have seen? Determined to find his sister, Noah sets off with his friends, Ella and Richie, to where it all seemed to begin—the zoo. That’s when they discover that Megan was right, something strange was going on at the Clarksville City Zoo. Hordes of animals acting strangely, running loose and seemingly guiding them in a secret direction. While it takes a beat for them to understand the cryptic messages, they soon catch on that there is something special about this place, a secret meant only for them to discover.

Here’s an escape read (literally) for the entire family.

Fans of Jumanji, Chronicles of Narnia and We Bought A Zoo will find this adventure by Bryan Chick immensely appealing as the kids embark on a quest to save Megan and uncover the mystery of the Secret Zoo. If you’re an animal lover and are looking for a story that captures their animated spirit, each of the animal habitats host a unique cluster of interactive species that the kids get to experience first-hand. As the animals invite them in, they discover how gentle, nurturing and animated they are. Each have their own way of communicating that the kids will be safe with them and these critters also know what happened to Megan.