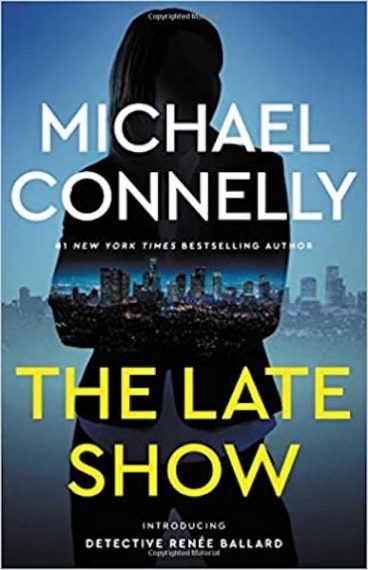 Hollywood Detective Renee Ballard was reassigned to the midnight shift after accusing her superior of sexual misconduct. Determined to salvage her reputation and at the same time show she’s worthy of returning to the day shift, Ballard believes her luck might change when she lands two controversial cases.

One of the cases involves a killing spree in a local nightclub. The obvious suspect is leading the team on a wild goose chase, but Ballard catches a surreptitious lead. She sees her former partner, who’d betrayed her by keeping silent during her accusation, bag a button he doesn’t log into evidence. Then when he’s found murdered, this powerful piece of evidence falls into her hands. But her egotistical boss has the perfect ploy—potential personal conflict—to pull Ballard off the case. Can she succeed with internal politics and crooked cops working against her? And just as she begins to make headway, the killer behind the nightclub shootings and her ex-partner’s death, realizes she’s getting too close to the truth and sets a trap to take her down.

The shady and seedy side facing Hollywood’s night beat coupled with the greed that can turn even the most trustworthy sordid, sets the scene for this page turner.

Author Michael Connelly is a former newspaper reporter, but the way he leads you through this detective drama you’d swear he’s been on the force. And for his protagonist, you’ll applaud how Renee Ballard willingly walks past judgement as she works through the days, sacrificing her time off and needed sleep to get answers. And through it all, Ballard doesn’t stray from her values or compassion, as nicely illustrated by her care for her grandmother and evidenced in her determination to bring attention and care to a transgender hospitalized from a brutal attack.

A strong character in the line of fire, Ballard isn’t your typical heroine. She’s got a lot about her you want to question, including her knack for trusting the wrong people, pushing boundaries and putting herself in harm’s way. Yet you’ve got to give it to Michael Connelly for creating a unique and strong female lead that defies the odds and battles her own inner demons to solve the case.

The Culture Secret: How to Empower People and Companies No Matter What You Sell
The Secret Zoo

About 38 minutes ago from Kimberly Monaghan's Twitter via Hootsuite Inc.