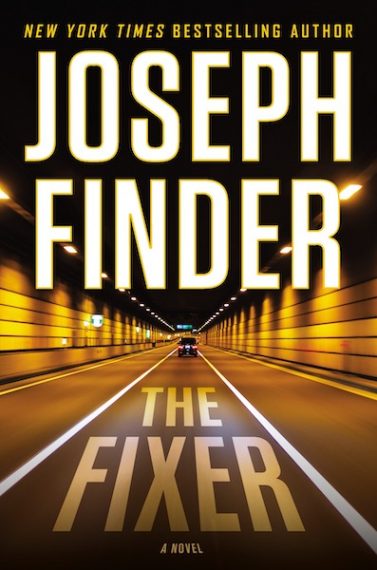 Herein lies the mystery of Leonard Hoffman. Who was this small time Boston lawyer now living out his final years in a care facility due to a stroke and what secrets are left unspoken? These are the questions his son, Rick Hoffman, tries to answer in this suspense-filled mystery by Joseph Finder. From the very first chapter the reader is launched into a fast-paced ride through the underworld of Boston and the politics and payoffs that accompanied the historic Big Dig.

When Rick is downsized from his job as a writer for a high-end magazine, dumped by his girlfriend and tossed from their luxe apartment, he hits rock bottom.

With nowhere else to turn, he crashes at his family’s abandoned house before putting it on the market for the cash he desperately needs. But the house is in horrible condition. So, when Rick decides to do some renovations, he discovers a mountain of cash hidden within the walls. Whose money is it and why did his dad hide it there? Rick’s investigative reporter instincts drive him to learn more about the father he never really knew and what would make him hoard millions. Rick sets off on a mission that puts his life in danger as he desperately tries to uncover the truth.

With its incredibly unique and gripping premise, this book made me ponder how I would cope if I were in Rick’s situation. Imagine discovering that what you knew about your father was a lie. While it’s probably not a stretch of the imagination that we don’t know the entire story of our parents, it’s still a shock to find their character completely upturned. Then there’s the issue of the money. It begs the question of would you have done the same? And one of the things I love in a good book is history blending with a compelling story.

It’s no wonder Finder’s books are being adapted for the big screen. I’m a fan of Finder and recommend his catalog of works for your own library.