Redefining Realness
By Kimberly Monaghan on February 25, 2020 in Books 4 Success 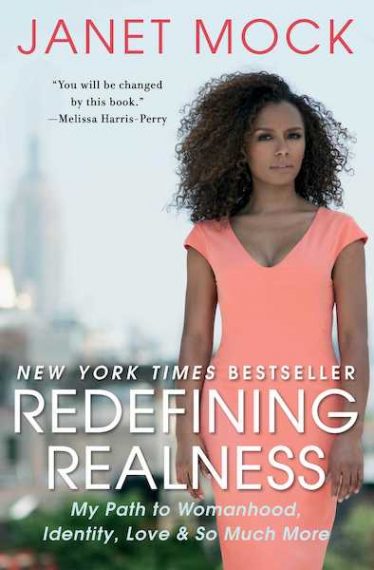 By Kimberly Monaghan on February 25, 2020 in Books 4 Success

Born a boy. Knowing you’re a girl. This was the lifetime struggle of Janet Mock whose life was forever changed again and again; but when her story was shared in the May 2011 issue of Marie Claire magazine, it took on a whole new meaning. After struggling her entire life with sharing her trans identity because of perception, abuse, conflict and lack of acceptance, she realized that it was time for the world to know her story.

“Sadly, living your truth has consequences.”

This isn’t just a transgender telling. This is a tale of survival. Mock’s past was far from an easy one. The honest telling of being raised in poverty and raising herself as a girl within a home and community that insisted that she be a boy, often to the level of abuse, which began within her own home. Her father’s ongoing efforts at “trying to fix her” and “secretly monitoring her and policing her gender” when he himself was unfaithful. Her mother’s suicide attempt and flirtation with drugs, and the sexual abuse from a son of one of her father’s girlfriends.

As her journey unfolds the reader experiences a mixture of grief and hope as Mock shares the details of how she undertook her own transformation—sneaking hormone pills and treatments starting at the tender age of fifteen and on to sex work when she finally made her way to New York.

Being honest and “opening up to the world” for Mock was a gift to herself, giving her the opportunity to connect with others authentically and living her real life.

While the goal of Mock’s book is “to stand firmly in her truth” and empower others to do the same, you can’t help but applaud not only her survival but her willingness to be so vulnerable. I found myself absorbed by her account of each moment she eloquently and unabashedly shares. My eyes were open not only to the breadth of her personal plight but of other youth facing unacceptance. What powerful insight and an opportunity to better understand and empathize.

Redefining Realness is a true success story. Learning to survive with no parental acceptance or guidance throughout her formative years coupled with the numerous challenges trans youth face, Mock went on to get her master’s degree and find love. Janet Mock’s story is all about living and sharing her truth. It’s filled with promise and inspiration on how she went on to build a life of achievement, awareness and acceptance.

About 44 minutes ago from Kimberly Monaghan's Twitter via Hootsuite Inc.