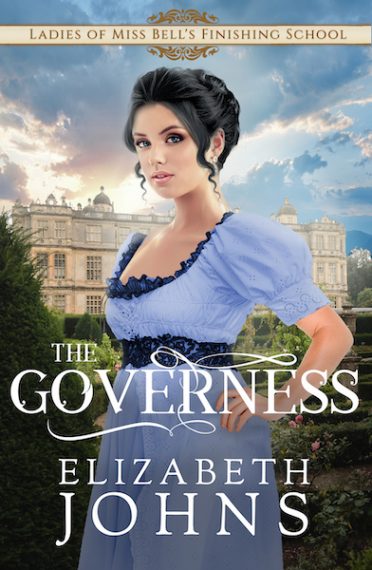 If you’re looking for a truly enjoyable collection of historical romances, then check out the series Ladies of Miss Bell’s Finishing School by Elizabeth Johns.

Much to her friends’ dismay, Adelaide Elliot chooses a life as a governess over taking a chance on courtship after completing her schooling at Miss Bell’s. But when she arrives at the estate of Robert Allen, she learns that her new charges are not girls but rather two rambunctious boys, Freddy and Harry, the orphaned wards of Major Allen. Within hours of her arrival the ornery boys lead Adelaide into one incredible mishap after another, forcing her to make the decision to find another post. When she declares her intent, Robert escorts Adelaide to her friends only to find them not in residence. Suggesting she stay with him temporarily under the chaperoning eye of his aunt, Adelaide agrees hoping that one of her friends will soon return home and give her asylum.

Believing he has all in hand, Robert shares his escapade with his friends, only to discover that Adelaide is not a mere governess but a gentle woman and the sister to a missing solider and friend under his prior command. This, along with his instant attraction to this headstrong girl, changes everything. Robert is honor bound to see her settled, but when his aunt decides to sponsor Adelaide for the season Robert can’t help but feel the tug of jealousy and pending loss. In no time, both Adelaide and Robert recognize their growing attraction for one another and determine the best course of action is to follow their hearts.

I picked this book based on the other fun reads by author Elizabeth Johns. I was also intrigued by the idea of a series based on a group of girls setting out on life’s adventure after bonding in finishing school. This story is a well-written, light-hearted romance with little need for lengthy backstories and long prefaces. Instead the author jumps right into the adventures on the first page.

The romance is innocent in it’s telling so those who prefer a less steamier novel will enjoy this story. But I want to stress it’s never dull. The pace keeps the reader engaged one page after another. This particular book is the first in the series and introduces you to the characters that play a role in both Adelaide’s and Robert’s romance but will be hopefully starring in their own story as each young lady takes a different path towards life and love.

The Princess Who Loved Hot Chocolate
Thankless in Death