The Silent Sister
By Kimberly Monaghan on July 16, 2019 in Books 4 Fun, Books 4 Thrills 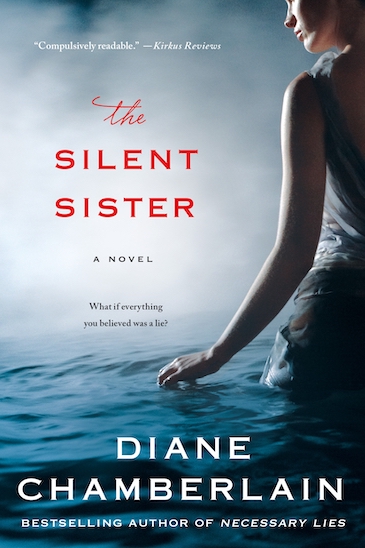 Upon the passing of her father, Riley MacPherson is tasked with clearing out her parents’ home and the RV park that she’s inherited. But upon her arrival in New Bern, North Carolina, she encounters several friends of her parents who are intent on opening old wounds and stirring doubt in her mind that her family’s past all that she remembers. Even her only other surviving relative, her angst-filled brother Danny, challenges her memories of the past.

With unanswered questions plaguing her, Riley sets to work but is soon waylaid when she uncovers several old newspaper articles that confirm her growing suspicions. Her sister Lisa had murdered her teacher and then committed suicide. Riley is shaken to the core and tries to come to grips with this new reality. But when her father’s bitter friend tells her that her sister is still alive and living under a new identity, Riley will stop at nothing to find out the truth. This propels her down a road uncovering one clue after another that everything she’s been told has been a lie.

Here’s a mystery that’s less about the ‘who done it’ and more about what exactly happened, where is her sister and why would the truth be buried? This powerful and gripping mystery by author Diane Chamberlain tells not only the tale of a family torn apart by lies, murder and suicide, but the raw emotional connection between siblings that is being challenged at every turn. In every chapter there are more and more layers to this mystery and dramatic storyline. Just when you may think you’ve cracked the cold case of this murder-suicide, another nugget is unearthed.

This deep dive into a family’s dark and secret past sent this reader on a rollercoaster of emotions and I honestly couldn’t put it down. What I love most about this book is the raw telling of relationship dynamics and demons thoughtfully interwoven with the bonus of multiple mysteries wrapped into one jarring tale.

The Elite: A Selection Novel
Re-Reading