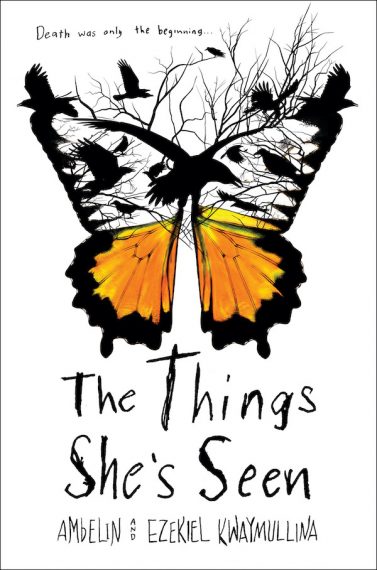 There’s something dark going on in the remote Australian town where Detective Michael Teller’s latest case takes him. A fire has destroyed a home for orphaned and wayward children and two bodies have been found inside—one burnt beyond recognition. This fire has opened a Pandora’s Box of sorts, as there is a cold case possibly attached to it, and a deleterious crime ring that has been covered up for decades by prominent community members.

While Teller’s determined to solve the case and return to the city, he’s continuously waylaid by professional and personal obstacles.

He’s a haunted man. Literally. His daughter Beth, who was killed in a car accident, refuses to cross over to the light for fear of leaving her grieving father behind. Attaching herself to him, she is hoping to help him rebound from his grief. Teller can see and communicate with his daughter and that brings him some comfort, but the fact that he couldn’t save her has guilted him into a depressed state. Beth hopes this investigation will help him find renewed purpose, so she sets out to help him despite the fact that both of them know she’ll eventually have to move on.

This book by Ambelina and Ezekiel Kwaymullina is a short but riveting read. It’s so unique in its premise that includes indigenous characters, Aboriginal legends and the notion of “death being only the beginning.” The characters of Isobel Catching and Allison Hartley both add to the narrative with their polar opposite insights. Hartley, being a fellow officer, senses that Detective Teller may be the answer to her ongoing pursuit of her missing friend, while Catching, clearly a seer, speaks to them in riddles but perhaps holds the key to the investigation and to Beth’s dilemma.

In this young adult novel, the seemingly random collective of incidents and individuals are actually intertwined in a delicate and uniquely fascinating way. And when I discovered that the authors are Aboriginal writers from the Palyka people of the Pilbara region of Western Australia, all the beautiful prose and sing-song story telling of Isobel Catching fell into place.

How fantastic is it to see exciting works from this newly minted collaboration by authors who have built their story on pieces of their culture and tales that have been passed down through the years. That makes this book even more worthy of a five-star review.