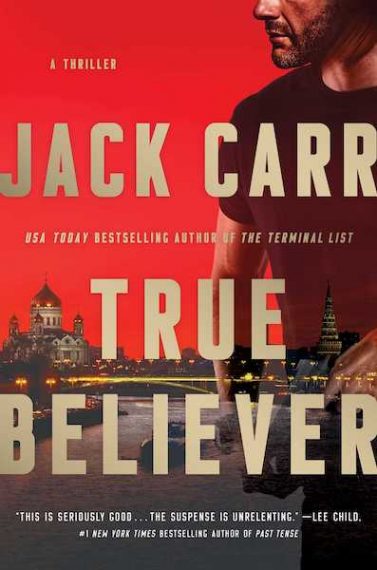 This story by Jack Carr unfolds with SEAL team leader James Reece sailing off to an uncertain destiny, fighting the wicked storms at sea, a terminal diagnosis due to the military issued exterminate drugs, and the guilt and grief plaguing his sleepless state. When the CIA accused him of taking out their prized asset, Reece became a wanted man and goes off the grid. With nothing to live for since his wife and daughter were senselessly slaughtered, Reece is bitter and destroyed from a professional and very personal war.

“Since of seeing his men die in what he saw as a war without end due to the blunders and missteps of senior military and political leaders.”

Offered refuge from a friend, he quickly finds a newfound purpose–helping the locals hunt down illegal poachers. His days are exhausting, and rest slowly returns until one of his old teammates tracks him down. The life changing news he delivers shocks Reece to the core. And in no time Reece is forced back on a mission hunting the terrorist behind the recent attacks and the imminent disaster planned for the country that branded Reece both a hero and traitor.

This fast-reading thriller is the second in the series starring Lieutenant Commander Jack Reece. Quite a bit of the lingo was above my pay grade and I’ve never read a book where there were sections redacted, but this only added to the intrigue. I would imagine those who have military experience, or buffs out there, will find even deeper meaning from this novel. But as a huge Tom Clancy, Brad Thor and Robert Ludlum reader, I quickly became a Jack Carr fan after reading the second book in this series.

A military expert and former Navy SEAL, Carr is both an author who knows how to hook the reader and an expert at weaving storylines together. No detail is overlooked in the storytelling and with headline-rich content,

Reach Out and Read
Snowy Valentine