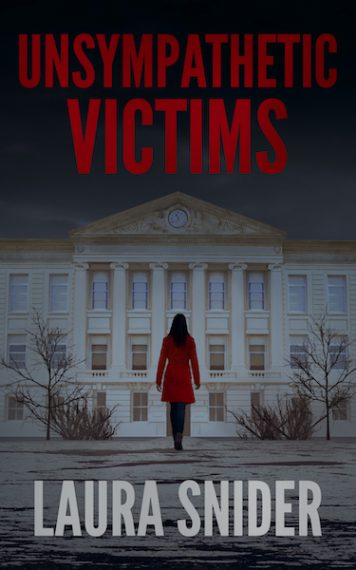 Officer Katie Mickey is charged with protecting her arch enemy, defense attorney Ashley Montgomery, who’s life has been threatened after she’s defended a local pedophile, Victor Petrovsky, and won his release. Katie just can’t see past the fact that Ashley would willingly choose to defend such scum.

Though it’s Ashley’s job and she’s not sympathetic to her clients, she believes that everyone deserves a fair trial, despite the fact that most of the locals in the small Iowa town despise her. And this isn’t the first time she’s received death threats. It’s a constant nuisance, but now the level of concern is heightened when an angry mob storms the courthouse upon his release. And when Petrovsky is murdered and Ashley receives a note that she’s next, she’s starts to take things seriously.

But then a series of unexpected turns take place.

Ashley is arrested for murdering her client and Katie, along with Tom the head prison guard, can prove her innocence. Determined to set things right, Katie and Tom work together to free Ashely, solve the murder and see that justice is served.

It’s a crime to see how much politics and loyalty can stand in the way of justice. But that is exactly what happens in this suspenseful mystery by Laura Snider.