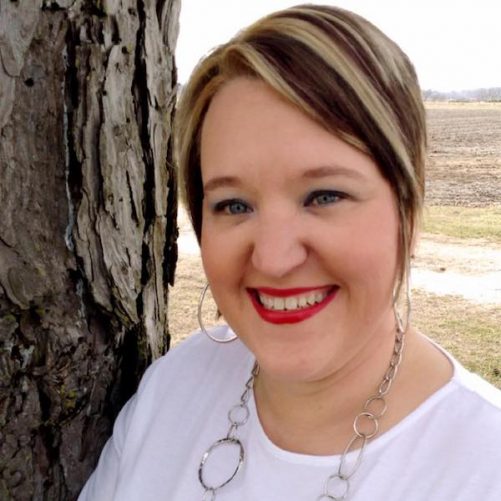 By Kimberly Monaghan on November 7, 2020 in Author Q&A, Book Talk

A writer of romance and an award-winning author, Tabetha Waite is crushing it in the publishing world with her historical series, compelling heroines and heart-throbbing heroes. She’s not only a talented and prolific writer but has won many awards for her works including the Feathered Quill Award and the coveted Best Indie Book Award.

Tabetha, while an incredibly talented author, is also a fan favorite—approachable, kind, supportive and encouraging to aspiring authors everywhere. Just check out her website  where you’ll find more of her inspiring story, a list of her books and a peak into what’s next for Tabetha. And though you’ll be enchanted by her vivid, multi-genre romantic novels, you’ll no doubt fall in love with the author behind the books.

You are an author, but is it your day job? If not, what does fill your days? Other than writing, I work part-time as an Engineer Administrator for a company called Orscheln Products. I love what I do, and it gives me a chance to get out of the house for a bit. Otherwise, I’d probably never get off of the couch!

Did you always want to be an author? Ever since I was nine years old! My fourth grade teacher said she liked reading my stories and gave me the confidence to chase a dream for the next thirty years.

What is your most recent book and what inspired you to write it? “Alyssa’s Autumn 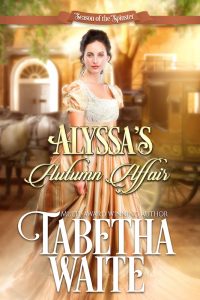 Affair,” the third book in my Season of the Spinster series released on September 22, the first day of fall. I knew from the first book, which featured the heroine’s brother who is the hero in this story that I wanted to showcase awareness about mental health.

How do you hope your book uplifts those who read it? I have an uncle that suffers from schizophrenia and I think it’s something more people need to know about. For families that deal with this issue, I wanted them to know they aren’t alone.

What are you most excited about with this book? For this question I’m going to mention the last book in the series, which releases on December 21, entitled, “Korina’s Wild Winter.” The dialogue in this one had me enjoying nearly every scene!

How did writing your first book help your career take off? Honestly, it just gave me the courage to keep writing after I realized not everyone hated it. That was twenty-one books ago!

What advice would you give to someone wanting to succeed in your professional industry? Don’t give up! Definitely don’t let anyone tell you that you aren’t ‘good enough.’ It’s your dream—reach for it!

How do you handle setbacks and criticism? That’s a tough one. One bad review in ten positive ones can really rock an author’s confidence and make them doubt their ability to tell a compelling story. It used to upset me greatly until I realized not everyone is going to enjoy the same writing style. Even so, I find it difficult to read nasty reviews and generally bypass them.

How do you hold yourself accountable and achieve the goals that you set forth? I write nearly every day and set a word count of at least 2k words. If I don’t make the count, then I don’t get the weekend “off” to spend time with my family and just sit and watch TV or do housework. It’s a great motivator to give my brain a bit of a rest!

What do you find most fulfilling in the career that you’ve chosen? Oh, definitely the people I’ve met! From readers to fellow authors, the support is outstanding! With every conference or fun event that I attend, I feel like it’s a family gathering, instead of just social. These people share the same love I do, for romance and that HEA (Happily Ever After)!

What book uplifts you? I’ve said it a hundred times, but while I have several books that I love, as well as authors, the one book that was truly my transition into English romance was “Midnight Bride” by Kathleen Drymon. It is a true old school ‘bodice ripper’ with a dashing hero who masquerades as a “Scarlet Pimpernel” type character who assists the American Colonies win their freedom during the Revolutionary War. While I mainly write in the Regency era, I’ve read this book several times and generally in one sitting. It’s just my favorite. A close second would be “A Rose in Winter” by Kathleen E. Woodiwiss. It’s another tale of secret identity and ironically enough, both authors have the same first name!

Anything else you’d like to share with your readers? Thank you all for supporting me even though I tend to jump around the romance genre to continue challenging myself, and if nothing else than to just keep things interesting!

Legacy of Lies
Electric Body, Electric Health: Using the electromagnetism within (and around) you to rewire, recharge and raise your voltage

About 38 minutes ago from Kimberly Monaghan's Twitter via Hootsuite Inc.