Before She Disappeared
By Kimberly Monaghan on December 10, 2021 in Books 4 Fun, Books 4 Thrills 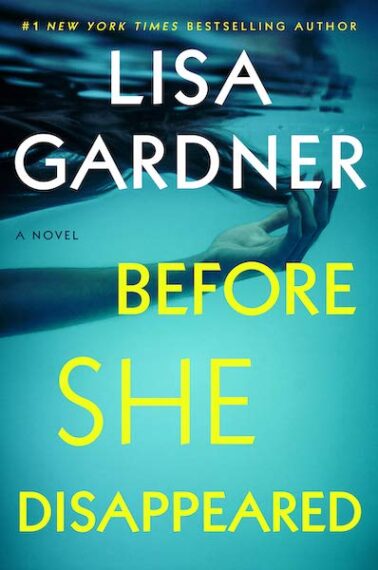 Frankie Elkin is running from her past. A very dark past, which includes loss and alcoholism. Rather than running towards serenity and safety, she runs towards trouble. Placing herself right in the middle of missing youth cases, much to the consternation of local authorities and ruffling the feathers of grieving families and hostile community members looking for justice and revenge. Leaving everything behind, Frankie has spent her middle-age years finding answers for stricken loved ones when the missing youth cases have gone cold.

She now finds herself the white minority in the tough town of Mattapan outside of Boston. This is also the place of the last sighting of a teenage Hattian refugee, Angelique, missing for eleven months. Angelique’s aunt and brother feel powerless, but refuse to move on, despite Boston Police Department’s assumption that dead or alive, Angelique is not coming home. That doesn’t detour Frankie.

And with the help of Angelique’s brother, a few eccentric locals, and BPD Detective Latham, who Frankie win’s over, she puts her life on the line to bring Angelique home.

This is a must-read for anyone who loves a suspense and a well-crafted mystery. Written by NY Times Best-Selling author, Lisa Gardner, this unputdownable book is another feather in her cap. The story draws you in to the plot, and trust me when I say, it is intricate and intriguing. You can’t guess what happens next, as each page finds you holding your breath and rooting for Frankie to find absolution in her mission.

And the cast of characters within each have a story that builds on one another’s. They are so different in their life and journey, and complex with their own backstories, but band together with one common goal. Finding a missing child isn’t an endeavor for the faint of heart. It often ends in tragedy. But there is also a small sliver of hope that incomprehensible efforts will lead to justice and triumph.

Not only is this an awesome read, but the story, inspired by a true case, brings to light a hidden affliction. Missing black youth cases go unresolved four times longer than missing white persons. And missing black cases are far underrepresented in the news compared with their numbers in the FBI database of cases. Want to learn more? Check out the eye-opening program created by Natalie and Derrica Wilson, their four-part HBO Series, Black and Missing.

Kicking and Screaming: A Memoir of Madness and Martial Arts
Author Q&A with Jeri Westerson