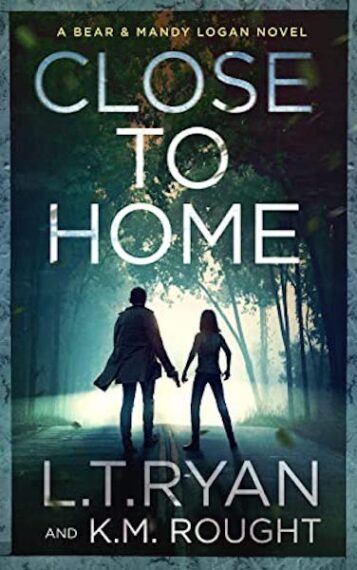 This is the first in the mystery series by L.T. Ryan coupling an unlikely pair of allies. Riley “Bear” Logan is a larger-than-life ex-hitman on the run accompanied by his adopted teen daughter Mandy. When Bear decides to take the rare opportunity to free himself and Mandy from this unforgiving life, he soon realizes that you can never outrun your past.

Establishing them in a secluded town in upstate New York, Bear enrolls Mandy in school and sets about building a home for the two of them. But when his renovations uncover the bones of a young girl, he’s back in the thick of it. What they are not prepared for is walking right into a decade’s old conspiracy.

I have to admit I haven’t started reading Ryan’s Jack Noble series yet, so I wasn’t sure where these two protagonists emerged from, but it didn’t take long to embrace them. Bear (and I’m assuming Noble) have trained young Mandy to be a fighter and survivor. In fact, she’s savvy at uncovering insights and aligns herself with a new friend who’s integral in unraveling the mystery.

And for those who seek a formidable feminine force to be reckoned with, you won’t be disappointed. In addition to Mandy, Sheriff Josephine McKinnon partners with the pair in their quest to uncover the truth behind this murder and coverup that puts all their lives at risk. If you like a good suspense book that opens the door to an ongoing series, you’ll fall in love with Close to Home.

How to Be an Even Better Manager
Assertiveness Training: Stop People Pleasing, Feeling Guilty and Caring for What Others Think, and Start Speaking Up, Saying No, and being More Confident.