House of Brides
By Kimberly Monaghan on December 24, 2020 in Books 4 Fun, Books 4 Thrills 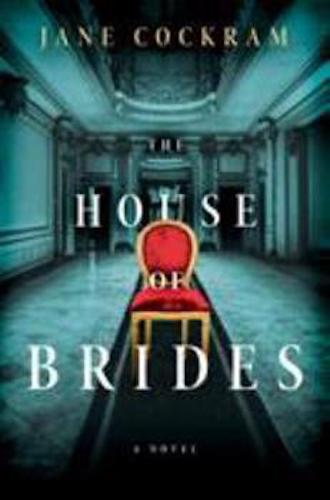 In this novel from Australian author Jane Cockram, you’ll discover elements you love in a gripping story—a haunted home, a mysterious disappearance, a suspense-filled family drama but with a contemporary twist. Miranda Courtenay has built her successful business, celebrity identity and entire world on social media. Her days are filled with followers but void of family and friends. Well, she does have a family, but the relationships are so rocky and twisted that she feels very much an outsider as she struggles to align herself with their expectations of her. Especially when one lone voice on the internet cries charlatan and upends her wellness empire. Destitute, she’s back home living under her father and stepmother’s roof, aimlessly filling her days with thankless jobs, house rules and domestic responsibilities.

When she finds a letter that her father has hidden, she unknowingly has stumbled upon a new purpose. The letter is from a young girl to Miranda’s deceased mother. And it appears to have come from her family’s legacy, the Barnsley House, otherwise known as the House of Brides.

Without a word to anyone, Miranda leaves Australia for England and the Barnsley House. When she arrives, she’s mistaken for the new nanny and decides to go along with the ruse in hopes to uncover the impetus behind the letter and meet the family her mother had run away from. Embarking on this journey at first seems promising and refreshingly new, as Miranda has little to return home to. But soon a foreboding settles upon her as the woman of the house disappears and secrets are revealed that may unlock the mystery of the deep-seeded family rift and the reason her mother had run away.

The identity parallels between Miranda and her mother are neatly interwoven against a backdrop of a suspenseful drama. I can see why she stays. Her curiosity is just too strong to ignore, but it’s the children that need her and this draw to help digs her deeper down the path of lies she’s become all too comfortable taking.

This book is not only entertaining but holds within its page’s relevant lessons, especially in today’s world. Blending the old and the new and sprinkling it with the ongoing challenge so many face—identity—House of Brides makes you stop and think about how fleeting stardom, and life, can be. Building an image, having a name, and feeding on glory is the drug in the bloodstream of several women within this book. Miranda, in her quest of discovering her authentic self, soon discovers this is transient. Family and friends hold much deeper roots she soon can’t deny. And as messy, dysfunctional, complex, and sometimes painful, as the dynamic is, it’s worth uncovering the whole picture in order to find your authentic self.

I’ve Got You Babe
Eleven Rings: The Soul of Success