Is a Creative Career Calling You?
By Kimberly Monaghan on July 26, 2020 in Book Talk, Musings 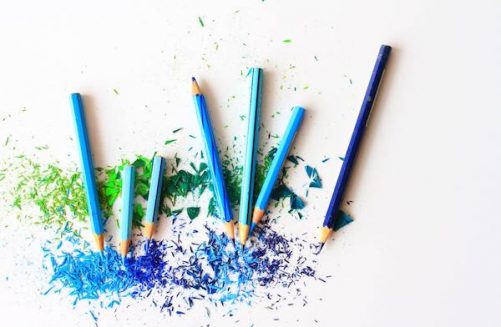 John always had a passion for books and art, but thanks to his parents was encouraged to get his business degree and become a banker like his father. Though John is doing well financially, and he’s provided his family with benefits and the security of a solid savings account, John feels little joy in his work. A mid-career professional, age 45, John is seriously reconsidering his choice in professions. He recognizes that career happiness is his personal decision and he’s ready to reclaim joy in is professional pursuit as an illustrator.

Now you might be thinking: “Whoa, wait a minute. John has no formal education or experience in the industry. He can’t possibly find a job making as much as he did as a banker and will probably lose his savings on this whim.”

While this could be true, it’s not what happened with John.

John’s father believed that once you’ve pursued your education for the occupation that you chose, you’d stay in that career for the remainder of your life. Yes, many gainfully employed individuals started work after training or college and have been happily engaged in their profession ever since. While John has excelled in his career, he is longing to  make is dream a reality.

Dreams are not a waste of time. Dreams drive success. We deserve to live our dreams.

Making his family a priority says a lot about John’s character; but I wonder, what happens when you sacrifice all that you care about for the wellbeing and expectations of others? If you’re like John, you hit a career wall. When we met, John had planned to quit working altogether. He grew to resent his career and the bank and was planning to throw in the towel—soon!

It’s never too late to turn your dreams into reality.

I recommended that John talk with a coach about these frustrations. He did, and in time developed a plan for the future that wouldn’t require him to sacrifice all that he had built. In fact, there were more than ample opportunities for John to incorporate art into his “day job” and to start crafting a career that would transition him to the industry full time.

He was amazed to discover that the bank in which he was employed had a curator who managed the collections for the entire building. He also learned that there was an art council with a board of directors two floors up. These discoveries, and more, helped John change his perspective about his work and the bank. It also opened doors for John to incorporate art back into his life and work. His new career plan included getting directly involved in these two areas along with building on his Sunday evenings which he dedicated to working on illustrations.

Much to his surprise, his wife is 100% behind his endeavors as it has changed John’s outlook, decreased his stress level and improved his engagement and attitude. John has not changed careers, but he is well on his way to engaging with the people who can help him make that leap.

Interests should never be abandoned.

Nor do you necessarily have to jump ship from your current career or company in order to keep your interests alive. Just like in John’s case, baby steps can give you the boost you need to rediscover what you love and help you articulate a plan to get you there.

It’s time to make your creative career dreams a reality.

The Universe Has Your Back: Transform Fear Into Faith
4 Books That Will Help You Be More Mindful

2 Responses to Is a Creative Career Calling You?