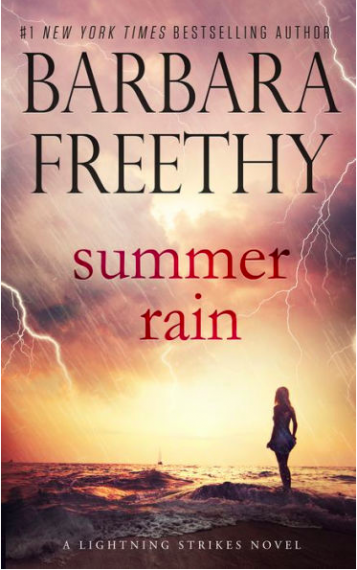 Just like a great romantic suspense trilogy should, this series takes you on a rollercoaster ride from Miami Beach to the Yucatan to Washington D.C. telling the tale of a family from Corpus Christie, Texas unsettled by their father’s mysterious disappearance years ago. Each adult child has built their own life in the wake of their father’s death but unresolved emotions compel them to go about finding answers, and ultimately love, in three unique ways.

In the final installment of the series, Summer Rain, middle child Dani Monroe is an aide for a powerful Texas senator working in the nation’s capital. She is the one child who is firmly rooted in the belief that their father’s death was simply an unfortunate accident and their Mayan great-grandmother Mamich’s assumption that there is more to his disappearance is simply nonsense. Despite the fact that her older brother Jake and younger sister Alicia have each experienced Mamich’s “lightening magic” to guide them to answers and love, Dani is firmly rooted in reality. That is until the ring that Mamich bequeathed her leads her into the final chapter of the unsolved mystery of her father’s death.

While I loved all the books in the Lightening Strikes series, I especially enjoyed the final installment, Summer Rain. In Dani’s story, there are elements of a political thriller that brings Dani and investigative journalist, Patrick Kane together. I love how obstinate Dani is about staying out of this mystery, but as every new clue is uncovered, her curiosity and building attraction to Patrick pull her back in.

In the world of high-level politics, ambition is critical but reputation and connections are everything. Risking her own career, Dani finds herself in a tug of war between her goals and love, not to mention a growing need for answers. I love this inner conflict because it’s something we all will face—well, maybe not the corporate espionage or murder mystery part. But think about how often in our lives we’ve had to make tough choices between careers and life. This story, however, proves what we know deep in our hearts—we can have them both.

Name That Dog
The Princess Who Loved Hot Chocolate