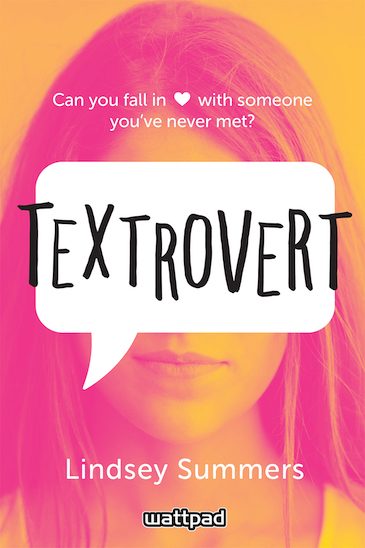 You’ve Got Mail meets Romeo and Juliet in this teen romance by Lindsey Summer.

Keeley and Talon find each other’s lost phones. Their plan for returning them one to another is delayed since Talon is away at football camp. In the meantime their texting soon blossoms into a friendship and Keeley, who’s always in the shadow of her twin brother Zach’s football captain fame, discovers that with Talon she is finding her true self. Add to the mix their friends and family, unaware of the switch, continue to text, call and chime in, giving them both a peak into each other’s world, heightening the growing attraction.

But the tide turns when they finally meet in person. The initial spark dims when Talon realizes that Keeley is the sister of his archrival and therefore off limits. Not aware of Talon’s true identity, Keeley is hurt by his ghosting her. When they meet up at a weekend college tour, apologies are exchanged and the chemistry instantly re-ignites, burning even hotter.

When they return, Zach is waiting to pick Keeley up at the train station. The confrontation and realization of Talon’s true identity not only causes a rift between the twins but also implodes the romance. Keeley wonders if she is just a pawn in the ego war between Zach and Talon or is it more? Turns out her instincts were right. Romeo isn’t as perfect as he initially seemed and a cruel move he made in his past comes to light and Keeley is torn between the truth and her feelings.

Talon does everything he can to show her that he’s changed and in the relationship for the right reasons. Will Keeley forgive him?

Are her feelings enough to bring this textrovert out of the shadows permanently?

The answers come when Keeley makes the conscious choice to embrace her fear, take control of the situation and pull a few pranks of her own. She soon realizes that she doesn’t need anyone’s permission, or partnership, to be the girl she’s always wanted to be. And she has Talon and Zach to thank for helping her discover she can get through whatever comes her way.