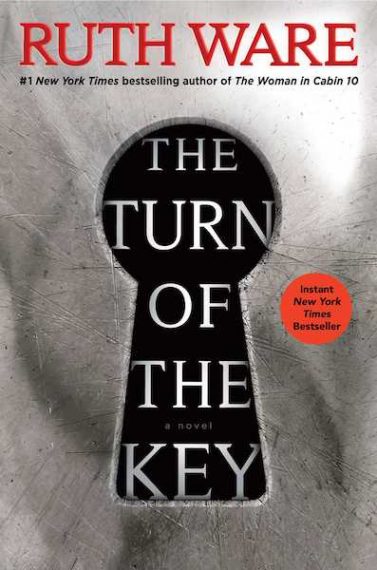 Rowan Caine is thrilled to land a job as a nanny for a wealthy family, but all that glitters is not gold. The second day of her employ, the parents head out of town leaving Rowan alone with the three little girls she’s been hired to care for. To help her learn their routine, she’s be given a 300-page care manual and is connected to an app which controls everything from the kitchen appliances to the indoor cameras that follow their every move. Even the little ones are lulled asleep by the app reading them bedtime stories and softly awoken when the app bunnies tell them to.

It’s a bit overwhelming and somewhat disconcerting, but Rowan is desperate to prove herself.

The three girls she’s charged with challenge her from the very start, especially the eldest, Maddie, who’d warned against taking the job because of the ghosts. Rowan chalks this up to the little girl’s imagination until strange things start happening in the house. Soon she’s awoken to footfalls above her, strange warnings from the girls, and the app operating on its own accord. And according to Maddie, all of this is caused by the ghost of the little girl that had died in the house.

From the poison garden to the eerie warnings spelled out in the alphabet soup, this novel by best-selling author Ruth Ware puts you on a delightful edge from the very first page.

Even how the story unfolds is a big reveal from the first page but not resolved until the very end. And when it comes to characters, this read is filled with unique narratives with their own arcs. There is so much to Rowan’s tale, and Maddie and daughter Rhiannon (who enters later in the drama) have deeply rooted issues dark as the house itself. And speaking of, the house takes on the life of a character as it unearths its hidden history and becomes animated thanks to the app. There is a lot in this book. I mean a lot. A lot of great qualities and a fascinating and intricate story that I wouldn’t want to spoil this for the reader. Nor could I do the story justice with a short synopsis. But that’s where the fun begins—at the beginning with hauntings, murders, unsolved mysteries, betrayal, infidelity and stolen identities all wrapped up in a novel that I promise you will not put down until the very end.

Image courtesy of Simon and Schuster

Snowy Valentine
What the Wind Knows