5 Tips for Writing Stories that Give People Hope
By Kimberly Monaghan on June 24, 2022 in Book Talk, Musings 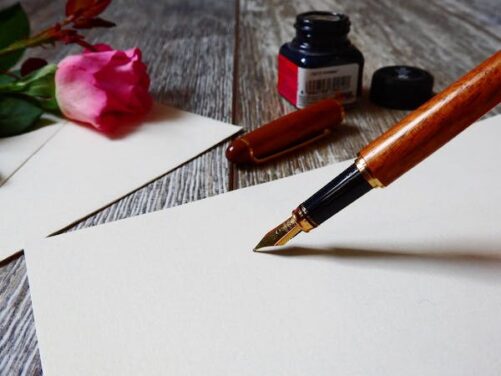 In times of personal and global struggle, the authors who dare to publish stories of hope are heroes in their own ways. Their inspiring tales motivate us by bringing levity to our often dark and challenging reading lists.

If you’re looking to add your name to the canon of uplifting storytellers, here are five tips and tricks to help you spin your story into a beacon of hope that guides readers through the metaphorical fog.

1.  Utilize uplifting moral themes. Those who spend any amount of time on the internet these days will enjoy a little snark. Some of us even thrive on the schadenfreude offered by ‘hate-reading’ and ‘hate-watching’ content. But in this age of pessimism, it can be a genuinely radical act to return to classic uplifting themes (e.g., faith vs. cynicism, hope vs. despair) in a modern context, without scoffing or attempting to twist the narrative.

So, when creating the conflict at the center of your story, keep an eye out for nihilism or any suggestions that ‘both sides are as bad as each other.’ While anti-heroes who do the right things for the wrong reasons are endlessly fascinating, so are heroes who can see the futility of their actions yet choose to act with kindness and optimism.

Of course, don’t explicitly state that your protagonist is a kind, gentle soul—the ‘show, don’t tell’ rule always comes in handy to ground your story in action and allow your reader to discover its uplifting themes all on their own.

2.  Subvert common disheartening tropes. Remember the last time your heart slowly sank as you realized the hero will probably die at the end of the story, or that the resolution would likely be anticlimactic, leaving you frustrated and miserable? While downbeat endings predate even the tragedies of Euripides and Sophocles, contemporary writers often default to sad endings to identify themselves as ‘serious writers’—artists who balk at the corporate happily ever-after school of storytelling.

However, a story with a positive ending doesn’t have to be an obnoxious sequence of happy days and cordial exchanges. It might be as simple as taking a moment when the reader expects hardship, and subverting their expectation. And instead of offering a tragic or triumphant ending, you could look to deploy an open ending that provides the reader a glimmer of hope, while avoiding tying up the story too neatly for it to be believable. For example, where a story could end, ‘the hero sacrifices everything, but was it ever worth it?,’ instead try, ‘the hero makes big sacrifices, lives with those memories, but ultimately rediscovers a hope for the future that pushes them onwards.’ These are examples of two open endings that could come from very similar stories, but the latter might leave your reader with a better taste in their mouth!

3. Write a story you love. This one’s pretty simple: you can’t expect to deliver hope if you’re utterly miserable during the writing process. So choose the story that gets you excited, with characters you love, and a world that takes your breath away with every word you write. This advice carries across genres, whether you’re writing a comedic romance or science fiction. If you’re writing a young adult fantasy, but something clicks, and you realize your narrative would work even better as a thriller, don’t be afraid to change things up! It’s better to take longer and be happy than finish faster feeling frustrated.

If you’re writing non-fiction, choose a topic that fills you with excitement—whether it’s based on a historical event, a new idea, or a moment in your life—and it’ll practically write itself. Try it out and thank yourself when you’re done. Start with the things you’ll love, and you may eventually discover a winning formula that captures readers’ hearts and minds.

4.  Let your surroundings influence you. Take yourself to a café, library, or any other communal space where you’re comfy and just listen. What’s on the tip of everyone’s tongues? What are the popular topics or most common concerns? If you can get an idea of what makes people feel hopeless, you’re one step closer to working out how to inspire them with hope. If you feel helpless about large-scale problems like climate change, or political inequality, then perhaps tell a story about a regular person whose small actions end up affecting the whole nation for the better.

Of course, you may need to do some filtering regarding which concerns inspire you; unless you’re writing comedy, a story featuring a hero that rectifies a nationwide toilet paper shortage might fall somewhat flat! That said, how you shape your response to what you learn from your reconnaissance doesn’t have to be so on-the-nose—you can trust readers to pick up on some implicit themes. Whichever issues you choose to tackle, just make sure they interest you and let your muse flow.

5. Champion the underdog. Everyone loves an underdog—whether it’s kind young farm boy Luke Skywalker defeating his legendary father, or Elle Woods winning her court case and the respect of her peers (while clad entirely in pink). There’s a reason why the trope of a protagonist overcoming adversity remains an evergreen way to inspire readers with hope!

If you’re trying to tell a story with a political theme—say, women’s reproductive rights—your character might be someone you’d consider to be powerless (for example, a young woman in a fundamentalist society) who would find a way to overcome their personal circumstances. Or… if you’re looking to tackle something less heavy, you could even write about a character with a job in publishing working against all odds to publish a best-seller! Whatever you do, your readers are sure to love watching the hero rise from obscurity.

That concludes my five top tips for uplifting readers with your stories. It’s my hope that you, in turn, will take some strength from this and be the author to go out and release a little extra light into the world through your stories. Happy writing!

Rose Atkinson-Carter is a writer with Reedsy, a marketplace that connects authors with some of the world’s best editors, designers, marketers, ghostwriters, and translators. She lives in London.

Why Book Conferences Are Worth The Investment
Tough Justice: K-9 Special Ops Book #1